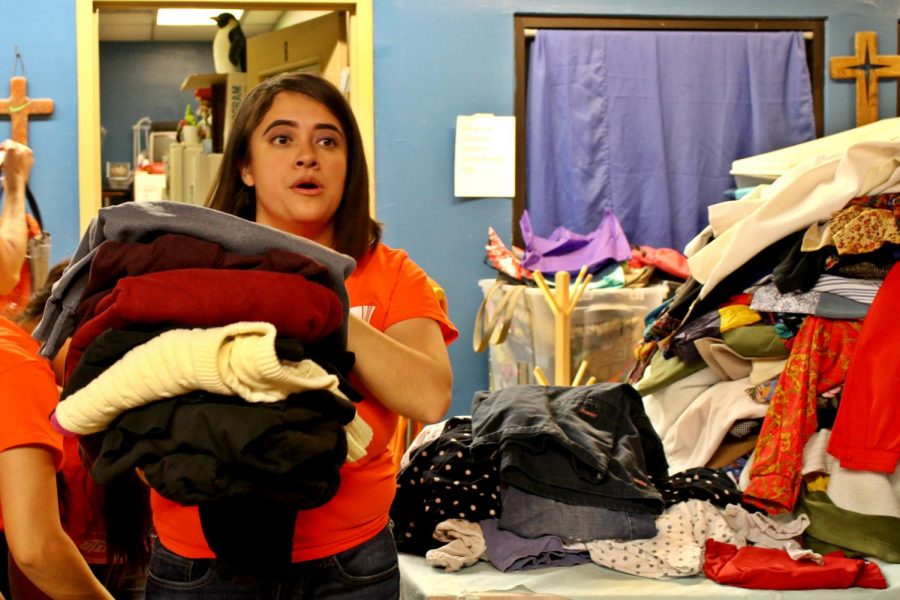 The students are collaborating with Eva Moya from UTEP’s Department of Social Work and the office of Senator Jose Rodriguez to collect new or used winter clothing items for families living in outdoor conditions near the El Paso ports of entry, waiting for the opportunity to cross to the U.S. to begin their asylum process.

“Observing how immigration policy is forcing thousands of migrants displaced by violence to live on the streets inspired us to take action to hopefully mitigate the precarious situation of this vulnerable group,” said Ana Fuentes-Zueck, a master student assistant for the Center of Latin American and Border Studies.

“As temperatures begin to drop, our concern is the well-being of asylum seekers, particularly children who are more vulnerable,” Fuentes said. “Thus, we decided to begin our donation drive.”

Dave Hefner, a meteorologist for the National Weather Service, says people can expect above average weather during this year’s winter. However, the temperatures will continue to drop as the year progresses.

The UTEP team is collecting jackets, sweatshirts, sweatpants, socks, blankets or any warm clothing. Items can be dropped off at the Latin American and Border Studies Center located at 1514 Hawthorne St. between 8 a.m. to 5 p.m.

The donations will then be taken to organizations located in Ciudad Juárez, such as Consejo Estatal de Población, who will be in charge of contacting organizers at each of the city’s main bridges, so all items are administered appropriately across sites.

For additional information regarding the campaign, the public can reach organizers at (915) 747-5196 or via email at [email protected].