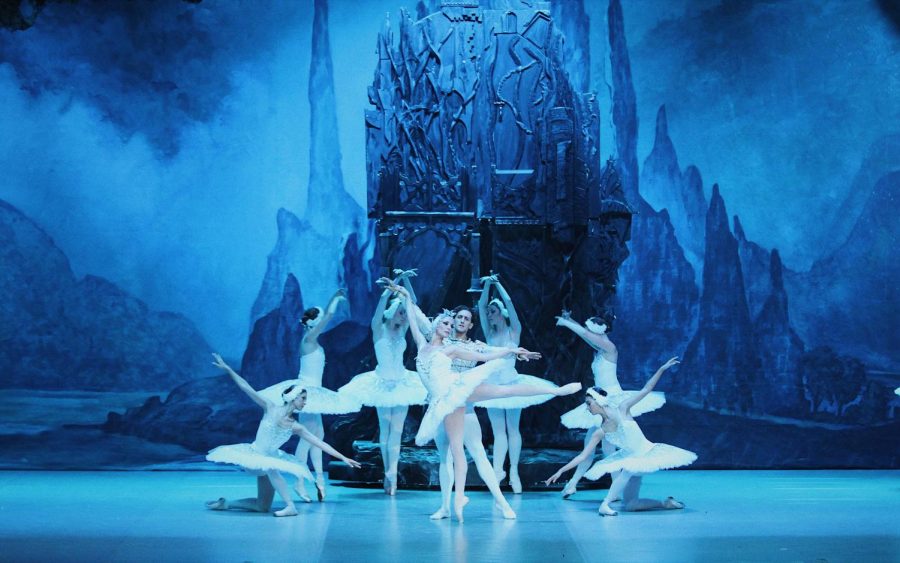 The physically demanding yet graceful form of dance by “Russian Ballet Theatre” drew a small but lively crowd Oct. 15 at the Abraham Chavez Theatre, as it performed Pyotr Tchaikovsky’s “Swan Lake.”

Patrons were beguiled and enthralled by intricate costumes, hand-painted sets and the powerful choreography brought to life by the performers.

Depicted in four acts, the ballet is based on the tragic love story of Prince Siegfried and Swan Princess Odette, who was initially placed under an evil spell by the wizard Von Rothbart.

The performance ends in tragedy in some versions, but the one at the Abraham Chavez ended in triumph.

In all renditions, Odette spends her days as a swan swimming in a lake of tears and her nights in her beautiful human form.

Odette’s evil spell continued until a man who has never sworn his love to any girl, ends up loving her. That man was Siegfried.

Siegfried celebrates his coming of age after being presented with a crossbow by the Queen, symbolizing that he now must choose a wife.

Siegfried goes to the lake to hunt where he stumbles upon Odette and her flock of swans, all under the watchful eye of the evil wizard.

Rothbart masterminds a cunning plan to separate the two lovers where he introduces “Odile,” a character resembling Odette in every way to seduce the prince.  When Siegfried realizes the deception, he fights the wizard instead, defeating him, as the swan turns into a beautiful princess to show the spell has been broken.

Second only to the Nutcracker, Swan Lake’s popularity rose once again after the acclaimed psychological thriller featuring Natalie Portman, “Black Swan,” which was released in 2010. The film earned Portman an Academy Award for “Best Actress in a Leading Role.”

Ukrainian prima ballerina, Olga Kifyak, performed the lead roles of Odette, the White Swan, and Odile, the Black Swan, following the traditional casting of performing both.

Sometimes performed by two separate dancers, Kifyak, once equated performing both to climbing Mt. Everest, due to its prowess in stamina, drama, and technicality. Eugeny Svetlitsa performed the principle role of Prince Siegfried.

Russian Ballet Theatre partnered with the nonprofit “PLUS1” for the evening ticket sales, donating $1 from every ticket sold to support local public–school teachers and classroom projects through DonorsChoose.org.