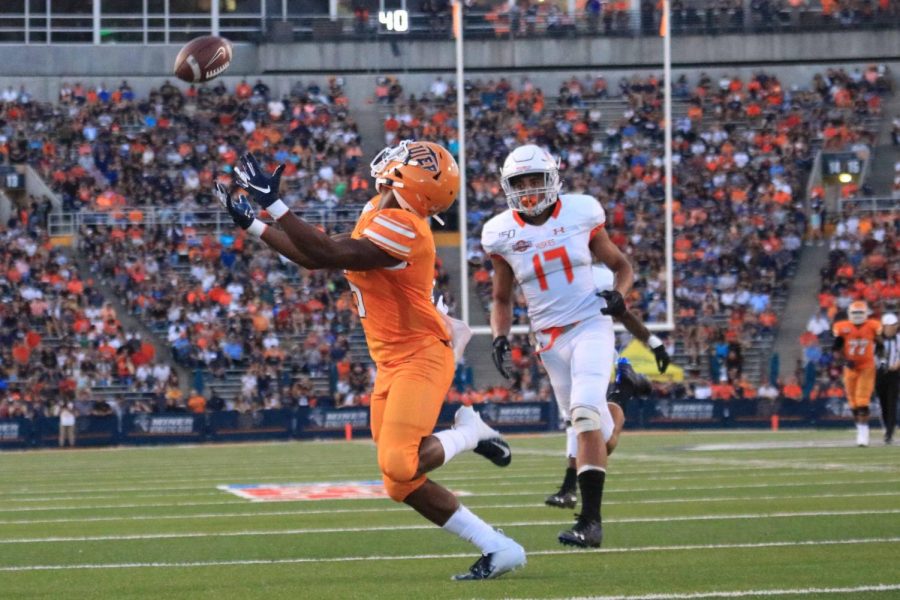 The Louisiana Tech Bulldogs come into town Saturday as the Miners return home from Miami with a 32-17 loss against Florida International, dropping the Miners to 1-5 for the season and 0-3 in conference play. The Miners take on a Louisiana Tech team that is 6-1 overall and 3-0 in conference play. The Bulldogs scored 21 fourth-quarter points to stage a 45-30 comeback victory over Southern Miss Saturday afternoon.

The Miners have a tough task ahead for next week’s game facing a well-rounded Louisiana Tech team.

On Tech’s offense, running back Justin Henderson has 478 yards for the season and is averaging eight yards per carry. Henderson finished against Southern Mississippi with 11 rushing yards and two touchdowns.

Bulldog quarterback Jamar Smith has 1,557 yards passing with nine touchdowns and two interceptions. Smith threw for 325 yards against Southern Mississippi with one touchdown and one interception.

On defense, Louisiana Tech’s standouts include linebacker Collin Scott recording 43 tackles for the season, including 16 solos; Safety James Jackson has 45 tackles and three forced fumbles this season, finishing with six tackles against Southern Miss; and Cornerback Amil Robertson is leading the NCAA in interceptions with seven this season

The Miners are coming into this game hoping for a win as they are struggling to find another one this season. Louisiana Tech leads the series overall 12-2 with most recent victory for the Miners being in 2004.

The offense of the Miners is still struggling at the quarterback position as it is featuring two starters.

Senior quarterback Kai Locksley finished the game with 117 yards through the air and threw one touchdown. For the season Locksley has 310 yards passing with one touchdown pass to go along with 320 rushing yards.

Senior quarterback Brandon Jones finished the game five of nine with an interception. For the season, Jones has 638 yards passing with two touchdowns and two interceptions.

On defense, the Miners will have to tighten up against a good offense. The defense is giving up lots of yards both through the air and ground.

The standouts include senior defensive back Michael Lewis leading the team with 22 solo tackles. Lewis finished the game against Southern Miss with eight solo tackles and one forced fumble.

Senior Ykili Ross has two interceptions for the season.

When it comes to penalties, the teams are on entirely different levels with Louisiana Tech ranking 16th in the least penalty yards with 295 and UTEP ranking 104th with 474 yards.

Danny Lopez and Michael Cuviello may be reached at [email protected].