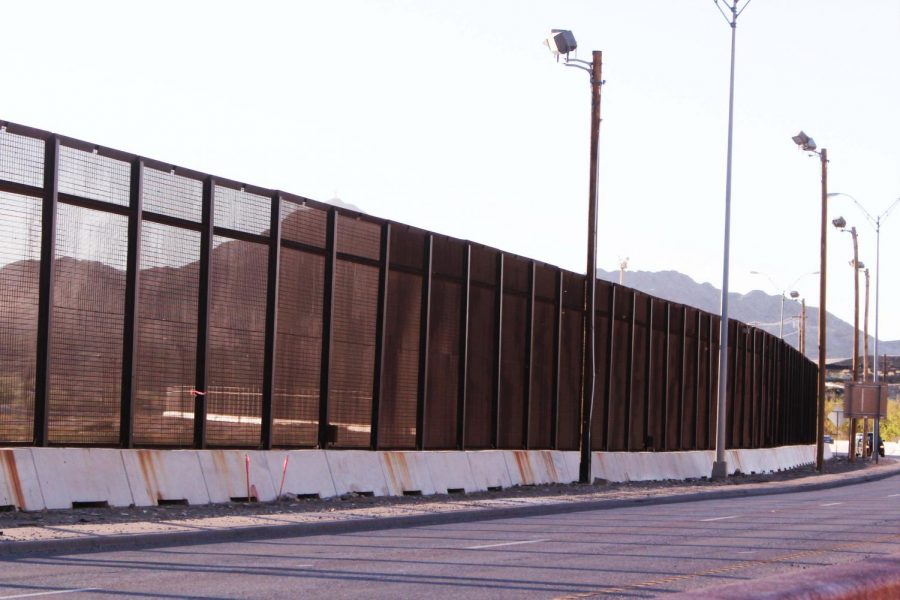 After Robert Moore began his journalistic career in 1983 at a local, weekly newspaper in Colorado, he quickly discovered that he wanted to follow a path in journalism.

After working as an editor, obituary writer and other positions, Moore was offered a job at El Paso. During his first stint in El Paso, Moore went back to pursue his degree and attended UTEP. Since then, Moore has had major achievements in the field of journalism and news reporting.

“Probably the most notable thing I did early in my career was in 1998 when I got George W. Bush, who was then a governor of Texas, to agree to do his only re-election debate here in El Paso,” Moore said. “I moderated that debate for a national audience.”

Moore soon worked his way up the ranks and became executive editor at the El Paso Times. He was then offered the title of editor in a Colorado newspaper and moved back to the state for six years.

In 2011, Moore moved back to the border and began his job as an editor. Six years later, Gannett, the company that owned the El Paso Times, asked him to make a 25% cut of the overall newsroom payroll.

Moore ultimately gave up his position in order to help save jobs.

“I told them, ‘Quite frankly, I probably have the largest salary. Let’s eliminate my position,’ and that saved a couple jobs for a few more months,” Moore recalled.

After leaving his job as executive editor of the El Paso Times, Moore did some freelance work for newspapers like the Washington Post and the Houston Chronicle.

When the “border crisis” in El Paso erupted earlier last year, Moore knew there needed to be local coverage led by local journalists.

“I broke the story for the Washington Post that a 7-year-old girl had died in Border Patrol custody and died in a hospital here in El Paso and the Border Patrol was trying to keep it a secret,” Moore said.

Moore quickly noticed a decline in local news coverage due to the lack of money available to produce and deliver news. He believes that the advertisement model that newspapers and television stations use “has shattered,” therefore not providing enough money to sustain a full team.

“There’s this huge stress in the local news environment which had led to development of nonprofit organizations funded by philanthropy and membership models,” Moore said.

Following in the footsteps of other organizations, Moore created El Paso Matters, a nonprofit news organization that focuses on local news, of which he is the CEO.

El Paso Matters’ website states that “El Paso and the Paso del Norte region need a nonprofit, member-supported, digital news organization that dives into the complex issues shaping our region and serves as a catalyst for solution-oriented conversations.”

Moore said he felt frustrated with the lack of knowledge national journalists have about immigration and the Walmart shooting that took place last August.

“Having a strong local coverage covering these issues would be better,” Moore said.

El Paso Matters will follow a membership model. According to the El Paso Matters’ website, there are four membership levels: Bronze, Silver, Gold and Platinum. The level depends on the amount of money donated, which runs from nearly $250 to more than $2,500.

Moore hopes to have El Paso Matters “up and running” by early 2020 and to have a staff by the end of this year.