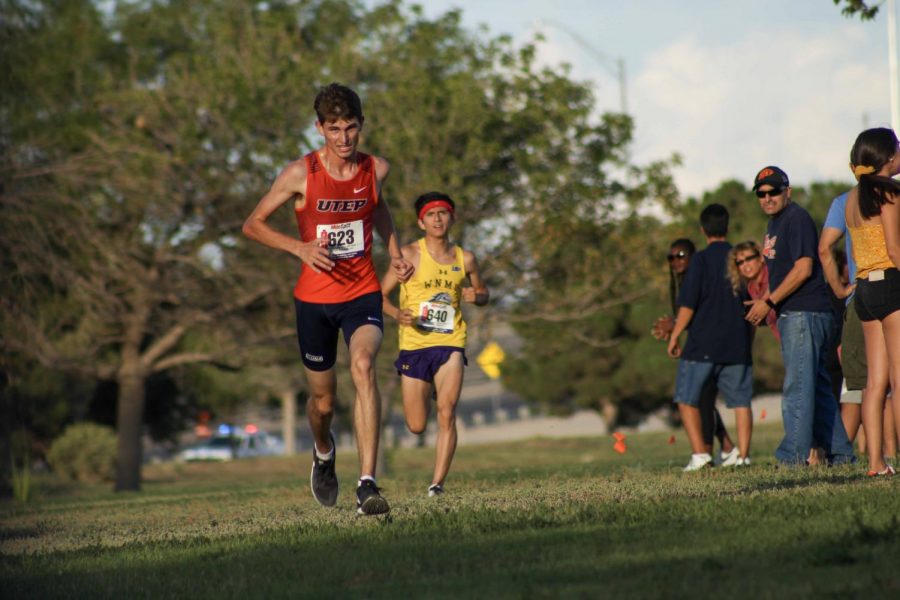 Three runners in top three at invitational
Miner freshman Titus Cheruiyot won for the  second time this year in three meets by coming in first at the Joe Piane Invitational Friday Oct. 4 at South Bend, Indiana. Finishing with a time of 24:13.01 Cheruiyot won by just over a second over his nearest competitor and three seconds ahead of teammate sophomore Rodgers Korir who finished third overall. Unfortunately for the team competition the next best Miner finished 61st.

Both Cheruiyot and Korir have finished top three in every meet this season. Cheruiyot has with two wins and a third-place finish to his credit while Korir has a first, second and third place finish. UTEP’s top runners are showing they can compete with any teams in the country but does not have the uppper tier depth yet to beat the best teams outside of conference.

The UTEP men’s team finished ninth overall in the competition which included 25 colleges from across the country. The men’s competition was won by Utah Valley with an average time of 24.42 per runner and 86 total points. Utah Valley had four runners in the top 11 which broke the tie with Miami of Ohio to determine the meet winner.

On the women’s side Miners’ senior Winnie Koech finished second, six seconds behind the winner. Koech has finished first and second in her two races this season, winning her last race at the Lori Fitzgerald in El Paso.

“I am very proud of both UTEP cross-country men and women team’s efforts today as they competed among 25 teams in the 2019 edition of Notre Dame Joe Piane Invitational,” UTEP Head Coach Paul Ereng said.

UTEP cross-country will next compete in the NCAA pre-nationals Oct. 19 in Terre Haute, Indiana.