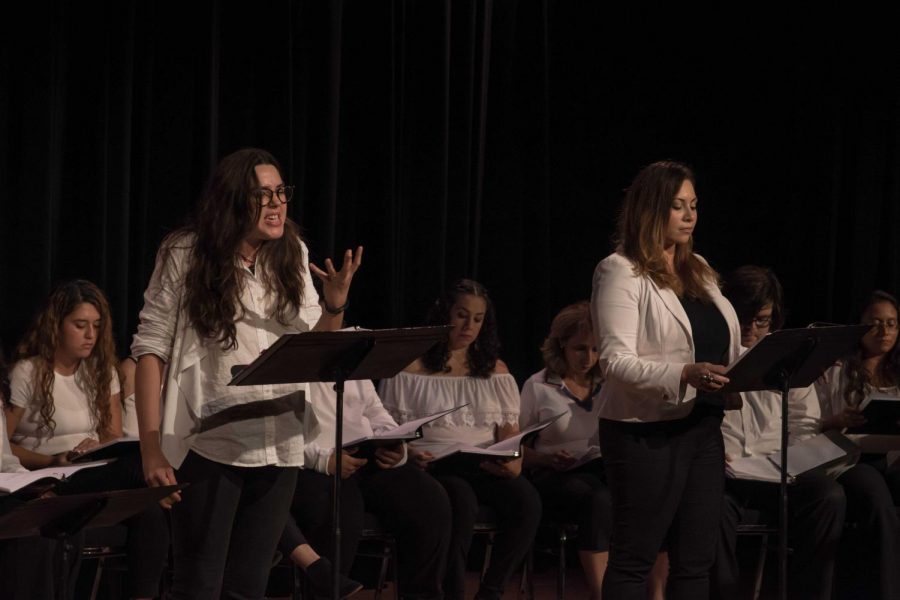 The Dramatist Guild of America and the Department of Theater and Dance at UTEP hosted an evening of original short plays Tuesday, Sept. 17, at The Plaza Theatre in Downtown El Paso. The event aimed to dramatically interpret the day of the shooting that shocked the border town to its core over a month ago.

“These pages. This is so powerful. A minor form of magic and a spell like no other will be cast next Tuesday, mark my words,” Escobar wrote in a Facebook post, days prior to the performances.

Escobar conducted a call for playwrights after The Dramatist Guild of America contacted her to collaborate, which resulted in an overwhelming number of submissions. The submissions that adhered best to the strict guidelines were selected for the event.

The night consisted of 21 short plays performed by the UTEP Department of Theater and Dance that ranged from dark comedies to tear-jerking plays.

“The Rest of a Life”, written by Escobar herself, tells the story of what could have been the last conversation of two victims of the Walmart shooting, Jordan and Andre Anchondo. The play is humorous in nature and depicts what a regular five-minute conversation between a couple could have been on a regular day at Walmart before the massacre took place.

While many of the plays were related to the shooting itself, some were about the tight relationship between the city of El Paso and Ciudad Juárez and others touched on hot-button issues such as gun control. Most of the plays incorporated bilingualism and “Spanglish” to represent the laidback Mexican-American culture in El Paso.

Elias Perales, an 18-year-old performer, said that he felt proud of being part of a production that helped the people in his community heal.

“We made people’s voices heard and it was a beautiful process, even for us,” Perales said. “Even if it sounds cliché, we are here together.”

Diana Guadarrama Olay, 21, felt empathetic throughout the plays, stating that she discovered her feelings of sadness and fear were felt by others, too.

“It hurt me, it hurt my community, my culture, the place where I grew up. It impacted the way we relate to Mexico and how we all unite as one culture,” Guadarrama Olay said about the aftermath of the shooting.

Escobar hopes to make the production a tour that will travel throughout the country to perform.

“I wish this could expand and be a national event,” Escobar said. “I’m collecting the pieces and sending them to the Dramatist Guild and see if we can create pop-up events around the country.”

For more information on upcoming events by the UTEP Department of Theatre and Dance, visit utep.edu/liberalarts/theatre-dance/events.