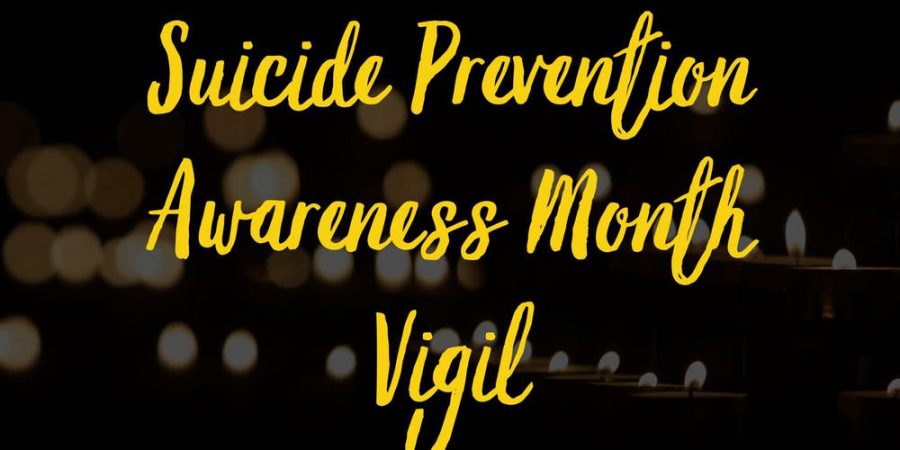 The National Alliance on Mental Illness (NAMI) of El Paso will hold a vigil to raise awareness, as well as pay respects, to victims of suicide from 6 to 8 p.m. Friday, Sept. 27 at San Jacinto Plaza in Downtown El Paso.

According to the Suicide Prevention Resource Center, suicide is the leading cause of death in the United States among college students. The data collected by their study on suicidal thoughts, attempts and deaths reflects that university students compromise about half of the suicide rates per 100,000 people in the general population.

“I think it’s something that we’re not looking at enough. I feel like a lot of people aren’t taking it to heart,” UTEP sophomore Jacob Hampton said. “It doesn’t affect you until it affects you personally, be it someone in your family or yourself, but you still see it going on around you.”

According to Boston University’s Center for Psychiatric Rehabilitation, preserving mental health is important for academic performance because it sustains concentration and it assists students with handling pressure, among other things

“I think students are under a lot of stress and the university should try to increase awareness of suicide and make it very public that there are resources to help students, such as counseling or advising,” UTEP graduate student Hazael Hernandez said.

Support groups such as the NAMI UTEP chapter are available to students.The phrase “Replace ‘I’ with ‘We’ and Illness turns into Wellness,” can be seen on their flyers, which perfectly captures the “NAMI on Campus” mission.

The student-led club serves as an alliance within the college community and aims to spread mental health awareness through support, advocacy and education.

“We are particularly sensitive to issues related to suicide and we can provide support and guidance to students who may be feeling emotionally overwhelmed,” said Jorge A. Marquez, assistant director of Counseling and Psychological Services at UTEP.

“In the past, NAMI at UTEP has held vigils on campus and has invited family members of victims of suicide to talk to the campus community,” Marquez said “Currently, NAMI on Campus is looking to re-build its membership because a number of NAMI members have graduated.”

“I think that there should be more activities pertaining to suicide because maybe there’s a lot of people that are embarrassed of saying that they want to commit suicide,” junior Keila S. Plascencia said. “If there are more events like this, people will let go of those feelings.”