Football team looks to bounce back against Nevada 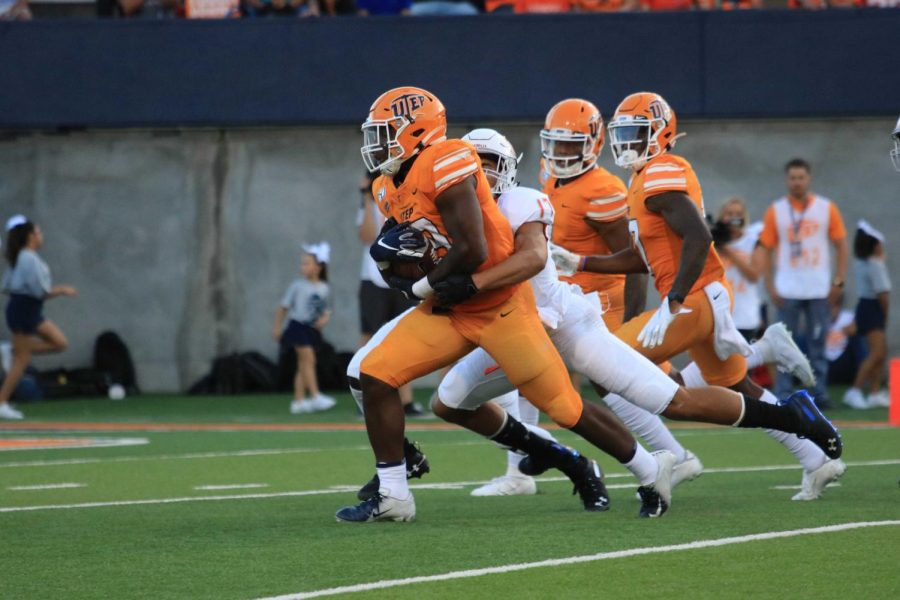 After a tough 38-3 loss to Texas Tech the UTEP football team (1-1) looks to bounce back from that Sep.7 defeat as they take on the Nevada Wolf Pack (2-1). The Miners have areas to improve on heading into this weekend’s matchup against the Wolf Pack and strengths to build on. These are the Miners matchups against Nevada heading into this battle.

The Miners allowed 260 passing yards and three touchdowns through the air as well as 45 completions. Granted Texas Tech Quarterback Alan Bowman is one of the best signal-callers in the nation, but the Miners defense has struggled against limiting passing efficiency prior to their matchup against Tech. UTEP allowed 300 passing yards against Houston Baptist, and 11 yards per completion against the Huskies. The Miners must provide pressure against Nevada’s redshirt freshman quarterback Carson Strong who threw for a career high 299 yards. Luckily for the Miners, Strong did have the turnover bug against Weber State throwing for two interceptions. One bright spot in the Miners defense has been redshirt sophomore defensive back Justin Prince, who leads the team in tackles with 17 and 13 solo tackles. Prince’s average of 8.5 tackles per game currently ranks him fifth best in Conference-USA players.

Senior running back Treyvon Hughes had just 10 carries against Texas Tech as opposed to his 23 carries in the Miners season opener versus Houston Baptist. Hughes has shown he could be productive when he gets fed the ball as he rushed for a career high 144 yards and two touchdowns against the Huskies. Hughes is the type of back that gets better as he gets more carries and can build momentum off those carries. If the Miners can implement the powerful back into the rushing scheme effectively, that’ll open things up in the passing game. Hughes’s average of 85 rushing yards per game ranks him fifth best amongst Conference-USA running backs.

Sophomore running back and Mountain West Conference Freshman of The Year, Toa Taua has been a consistent playmaker for the Wolf Pack rushing for over 1,000 yards in his career    Nevada. Taua was placed on the preseason watchlists for the Doak Walker Award (nation’s top running back) Maxwell Award (nation’s best all-around player) and first team all Mountain West Conference. The California native rushed for a team high 872 yards last season and had 87 yards on the ground against Weber State this past weekend.

Go back to the air

The Miners had just 54 passing yards in their last matchup against the Red Raiders with senior quarterbacks Brandon Jones and Kai Locksley. One major point to make is that UTEP did go up against significantly different defenses in Houston Baptist and Texas Tech. If the Miners can spread the wealth amongst their talented group of receivers in sophomore Tre’shon Wolf, redshirt junior Devaughn Cooper, and senior wide receiver Alan Busey the Miners will set up their running game. Wolf leads the Miners in receiving yards with 104 and receptions with five.

The Miners play at home versus Nevada 6 p.m. Sept. 21 at the Sun Bowl.