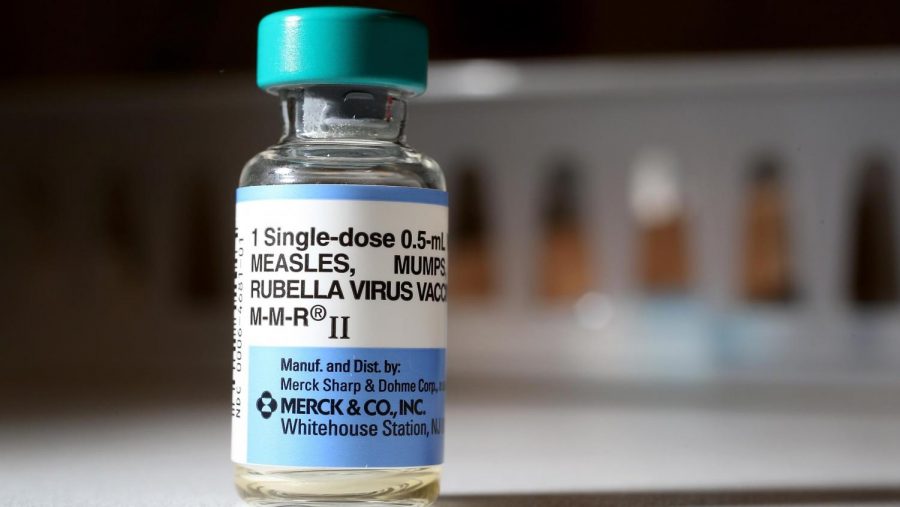 The City of El Paso Department of Public Health has confirmed two cases of rubeola (measles), a disease caused by a virus that spreads through coughing and sneezing. Courtesy Photo: NBC News

The City of El Paso Department of Public Health has confirmed two cases of rubeola (measles), a disease caused by a virus that spreads through coughing and sneezing but is preventable by vaccination. The measles cases involve a woman in her late 40s and a male toddler.

Prior to these cases, the last case of measles in El Paso was confirmed back in 1993 with an outbreak recorded in 1990.

“Measles is so contagious that someone who has the disease should expect that 90 percent of the people around them, who are not immune, could become infected,”  Assistant Public Health Director Bruce Parsons said.

Anyone who visited the following places on the dates and times noted below should review his/her immunization status to confirm that they are properly immunized against measles. Anyone who develops a fever and rash should call their health care provider immediately for evaluation and testing, as advised by their provider

“There is a nine-day window of time, four days before and four days after the onset of the rash, where the disease can be spread. This is why we need residents who may have unknowingly come into contact with these individuals to be especially vigilant in identifying any symptoms they may have,” Parsons said.

The DPH is working with State and Fort Bliss officials to ensure a swift and complete response to lessen additional spread of the disease.

Those who are concerned that they may have been exposed or who would like more information may call 2-1-1 to receive further instructions.  In El Paso, by the time children enter school, 95.4% of the student population have been fully immunized with the MMR (measles, mumps, and rubella) vaccine. Two doses of this vaccine are 97% effective against measles.

An investigation to determine if there is a link between the two cases is still being conducted.

To learn more about measles and the MMR vaccine please visit the CDC website at www.cdc.gov/measles/about/index.html.