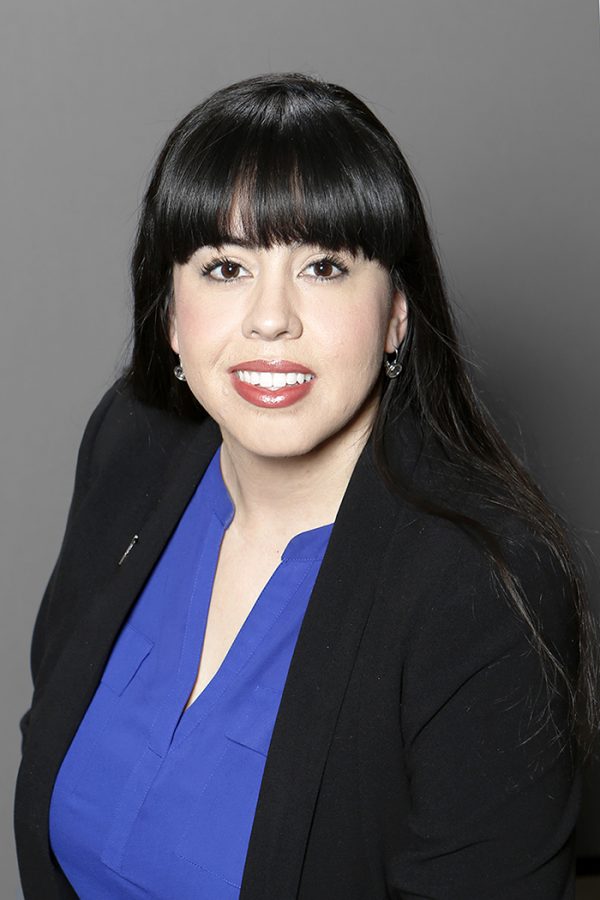 Adriana Dominguez, Ph.D., assistant professor of theatre arts and director of the undergraduate theatre programs, is the principal investigator of a $15,000 grant from the National Endowment for the Arts. Photo Courtesy: UTEP Communications

The National Endowment for the Arts (NEA) has granted $15,000 to The University of Texas at El Paso’s (UTEP) Department of Theatre and Dance to fund the annual Big Read on the Border planned for Spring 2020, a UTEP news release said.

Adriana Dominguez, Ph.D., director of UTEP’s undergraduate theatre programs and the grant’s principal investigator, said the Big Read on the Border events are set to run from April 4 through May 3, 2020 in different locations around El Paso.

Next year, the Big Read on the Border will be focusing on the book “Into the Beautiful North” by Mexican-American writer Luis Alberto Urrea. The book, inspired by the film The Magnificent Seven, is set in the U.S.-Mexico border and follows a woman who  has to bring seven men back to Mexico from the United States to protect her hometown.

“‘Into the Beautiful North’ is a quest novel in the grand tradition, though there are no medieval knights, magic rings, or light sabers within its pages,” writes the NEA.

Among other things, Urrea’s book will be honored with a reading at the opening of the Big Read on the Border at the Dorris Van Doren Library, and a run of the book’s theatrical adaptation at UTEP’s Wise Family Theatre.

Every year, the NEA supports around 75 reading programs nation-wide with grants ranging from $5,000 to $15,000, according to the NEA’s official website. Each program is designed around one specific book to stimulate and promote reading in the community. Discussions are encouraged by the events’ dynamics.

“The programs last approximately one month and include a kick-off event, often attended by the mayor and other local luminaries; major events devoted specifically to the book; events using the book as a point of departure; and book discussions in diverse locations involving a wide range of audiences,” the NEA’s Big Read guidelines read.

Some of the events mentioned include panel discussions, author readings, film screenings and theatrical readings.