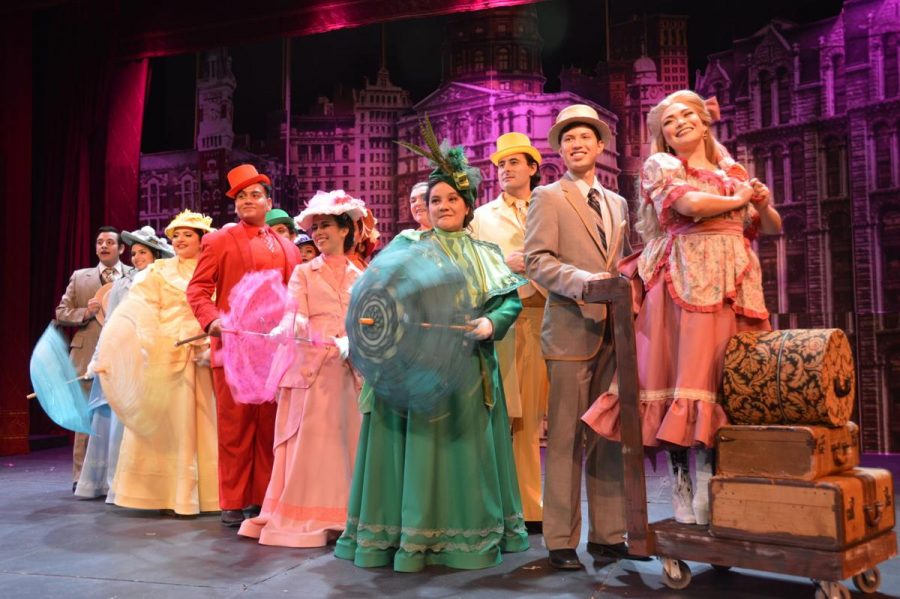 “Hello, Dolly” will have 13 performances running through July 20 and tickets are available through the UTEP ticket center and Ticketmaster.

The UTEP Dinner Theatre presents the classic musical comedy “Hello Dolly!” featuring the timeless Jerry Herman score and directed by Justin Lucero who also serves as the artistic director of the El Paso Opera. Lucero previously directed the UTEP productions of “South Pacific” and “Anything Goes.”

“Hello Dolly!” is an award-winning play that garnered 10 Tony Awards and has had four revivals on Broadway and has continually been performed throughout the world since its opening on Broadway in 1964. Based on the Thronton Wilder’s farce “The Merchant of Yonkers” later and retitled “The Matchmaker” with the book for the play done by Michael Stewart. There was also an Academy Award-winning film based on the play starring Barbara Streisand.

The plot revolves around self-professed professional meddler or matchmaker Dolly Levi a widow tasked with helping the rich, but gruff Horace Vandergelder a find a wife.

This production is an excellent opportunity to see one of the most beloved musical comedies for students and members of the El Paso community. If one has never seen a play in person, then it’s a chance to see what a live play is like and experience the spontaneity and uniqueness of theater.

“Hello, Dolly” will have 13 performances running through July 20 and tickets are available through the UTEP  ticket center and Ticketmaster.