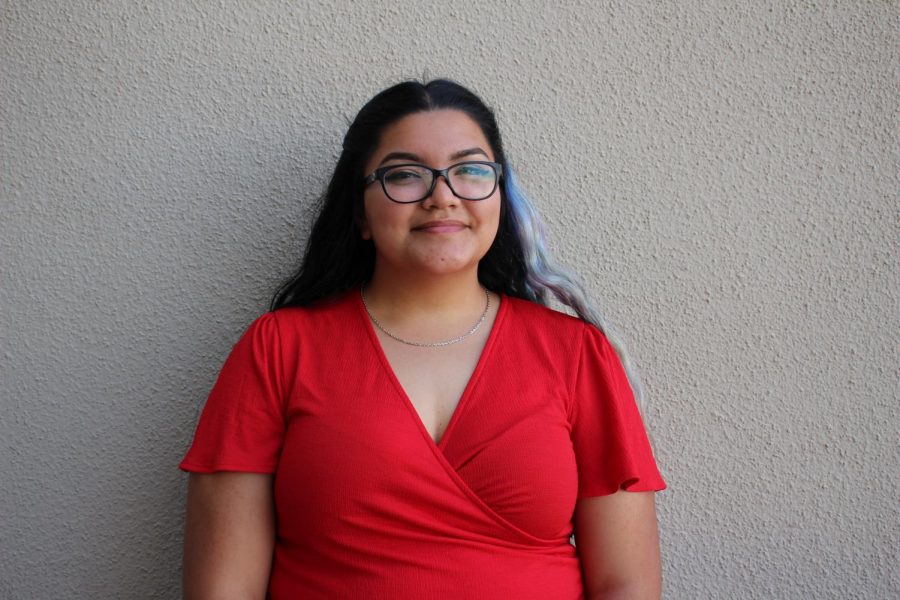 Editor’s note: Kathleen Olivas is an Upward Bound intern at Student Media and Publications. Upward Bound is a U.S. Department of Education program that provides fundamental support to high school students in their preparation for post-secondary studies. The program provides opportunities for participants to succeed in pre-college performance and ultimately in higher education.

Is it unethical to eat meat? No, but the process that happens before the meat gets to our grocery stores is unethical.

From birth, many animals are bred to be eaten by humans and not all of them live a free-range, non-GMO life. Farmers who have free-range farms, or who wish to grow their animals naturally, are often run out of business by larger companies.

Many larger companies just want to make a fast buck by putting hormones in their animals so that they grow three times the rate of a normal chicken. The animals get so huge they can’t even stand on their own two feet, preventing them from running and being healthy. Not that there is any room in the cramped chicken coop where they keep them anyway.

Not only are they feeding them hormones, but they are also giving them antibiotics. This is so the animals don’t catch diseases from other dead chickens around them. Many people might not find a problem with the fact that these animals are being fed antibiotics but, if you are what you eat and what you are eating is eating antibiotics and taking hormones, that might have future effects on the consumer and also the environment.

The problem isn’t just with chicken farmers, but with other animals, too. There are things called pig lagoons. It’s not where pigs go for a swim on a hot day, but where farms dump pig waste. These lagoons tend to be in the back of hog houses, and they don’t have any cement flooring to keep the feces-infested water from soaking into the ground.

This can be extremely dangerous. The contaminated water can find its way into our water supply or make it into ponds, lakes or other bodies of water around it. This can affect the life in these bodies too. In one case,   it killed all the fish in the fishing lake. Fish started to float up dead and full of warts with holes in them. The owner of the lake didn’t understand why this was happening. He even touched the fish and got warts on his skin as well. Confused, he tested his water and found feces. He later found out that there were pig lagoons in his area and that that’s what infected his lake and killed his fish.

Eating meat isn’t bad or unethical, the way humans mass-produce the meat we consume is. Finding cheap shortcuts is what’s wrong with eating meat. They put unnatural fattened-up meat into our bodies, which not only is wrong for humans, but also the environment that needs healthy natural animals.