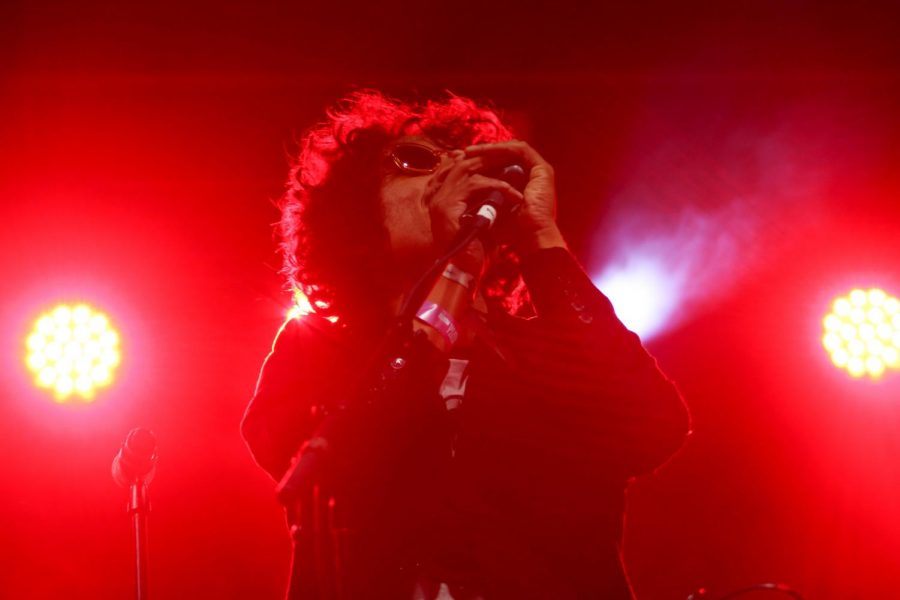 During the morning of Saturday, May 25, it was announced that Ximena Sariñana, who was scheduled to perform the same day, would no longer appear in this year’s festival due to “unexpected visa issues.”

However, an email sent by Neon Desert Music Festival’s public relations team stated that Sariñana has agreed to come back for next year’s event.

Strong winds that kicked dirt onto people, eventually caking on their skin as it combined with sweat, welcomed those who arrived early on the second day of the festival, May 26, in order to support musicians such as Midnight Generation, The Murder Police and Jordan Taylor.

During the same day, the wind brought down equipment from the Paso Del Norte stage which fell one of Inner Wave’s band members.

The festival hardly suffered from these complications, however, as thousands of people continued to flood in as the day went by in order to get to see the headlining artists like Wiz Khalifa, Rezz, Young Thug, Miguel, Steve Aoki, Tory Lanez, Kali Uchis, Don Omar, Gunna, Tyga, Deorro and Tchami.

The festival brought people together once again for a multicultural event with music from different genres, live art, local food and an alternative riding method.

People were also able to ride for free until 3 a.m. on the loop 8 of the streetcar with their wristbands. The streetcar picked people up on Glory Road and Oregon Street and dropped them off near the entrance of the festival.
Neon Desert Music Festival had other activities to entertain people as they waited for an artist’s set or were simply looking to draw away from the bigger crowds for a while.