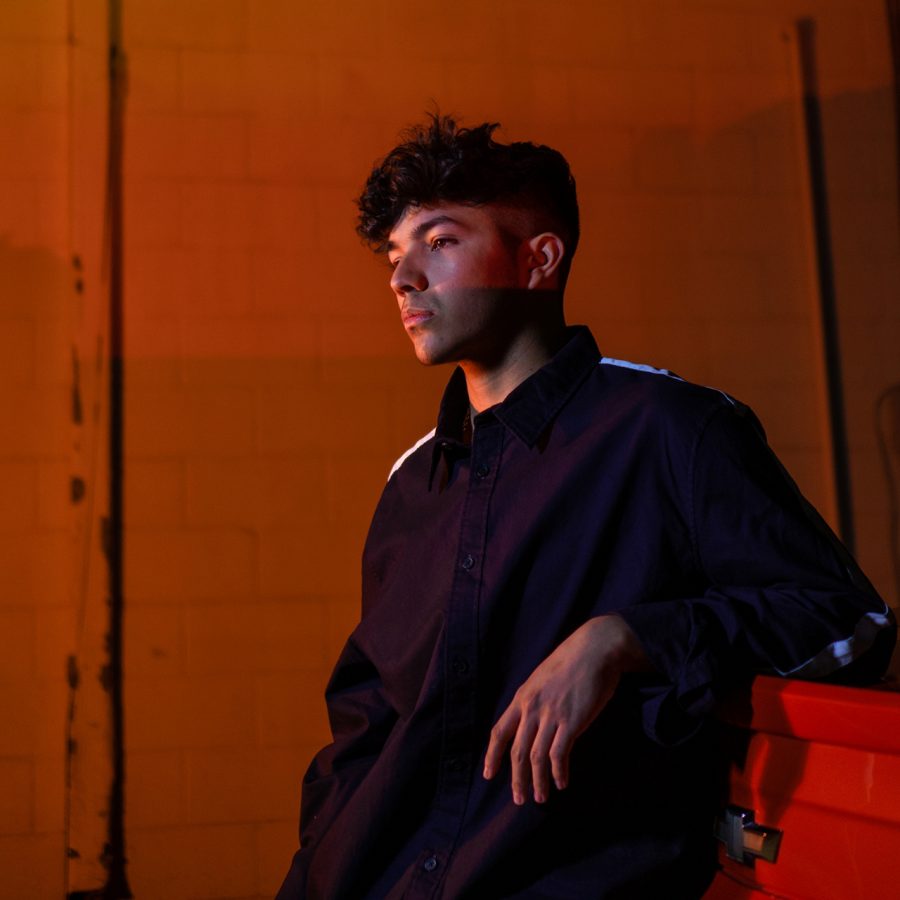 El Paso singer and songwriter Roman Rouge is set to perform at this year’s Neon Desert Music Festival on Saturday, May 25 in Downtown El Paso.

Rouge began writing music at the age of 11 and throughout high school, he began releasing his music on SoundCloud for fun and entertainment. It wasn’t until recently that Rouge decided to take his love for music and turn it into a career.

“I really took it seriously about two years ago and that’s when I decided that I was really going to try and make something really good and not just for fun anymore,” Rouge said. “Well it still is fun. It’s just taking it to another level.”

Rouge’s music can be described as rhythm and blues (R&B) and soul. He has released a self-produced EP named “Voicemails” with songs like “Fast Car,” “Night Vision” and a few more that fans can expect to hear at this year’s Neon Desert Music Festival.

“My music is very moody—dark in a sense,” Rouge said. “It’s emotional and it hits you.”

Although he is labeled as a solo artist, Rouge has worked with local DJ/Producer Cxstle Cvstle to create “Voicemails,” and works with a drummer and guitarist to bring all his music together. Rouge is hoping to put a band together for his performance at the festival.

“I have never (performed with them) in the past, but I plan to for Neon Desert,” Rouge said.

When creating music, the El Paso singer said many things inspire him.

“The weirdest things will inspire me. I listen to a song and I really like the beat for that song and it makes me feel really good and I want to make a song like that—not make it sound the same, but create something that’s going to make people feel the same way,” Rouge said.

Neon Desert Music Festival 2019 will be Rouge’s first time performing at a festival and he said he is looking forward to experiencing the festival crowd and atmosphere.

“I feel a festival is different. It’s more open and just random people listening to you instead of people that know you,” Rouge said. “It’s something new.”

For information about Roman Rouge visit him on Instagram @romanrouge and listen to his new EP on Spotify.