Time of the butterfly 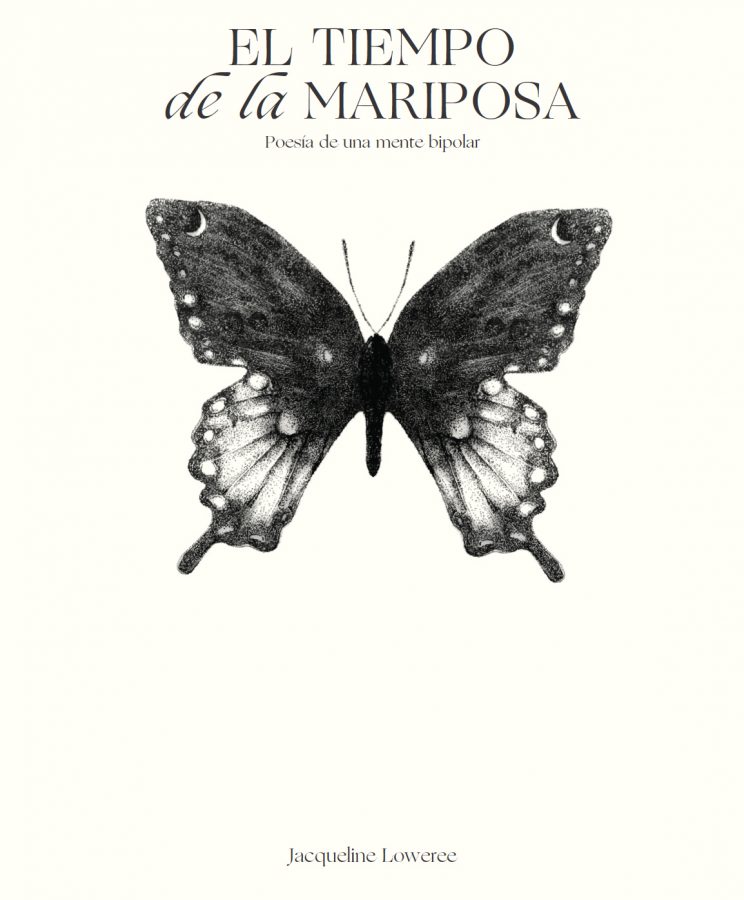 After being diagnosed with bipolar disorder three years ago, El Paso native and UTEP alumna Jacqueline Loweree is about to release her debut book “‘El Tiempo de la Mariposa: Poesía de una mente bipolar’ (The Time of the Butterfly: Poetry of a bipolar mind).”

In her book, Loweree showcases what it’s like to live with the disorder through a collection of poems that according to the author, were written during her depressive, maniac and dark episodes.

“Essentially you’re going to see all kinds of poems. I specifically talk about the bipolar disorder and what is it and then I have other poems about what anxiety feels like,” Loweree said. “I also have poems about relationships and love, but a lot of those poems were written during manic time and that’s interesting because during mania we tend to confuse real love because everything seems so bright and beautiful, and passionate.”

In 2017, Loweree experienced an all-time-low that led to the creation of her book.

In the conundrum of whether accepting to take medications or not, the author said one Thursday night she wasn’t feeling well and was in a terrible situation, this led her to attempt to commit suicide.

“I tried to commit suicide, but it didn’t work,” Loweree said. “The next morning, I told myself ‘If you’re still feeling this way (Friday morning) I’m going to try again,’ but for some reason that morning I just started writing, and I wrote the entire day.”

For Loweree, writing contemporary poetry became an important element to be distracted and helped her express herself.

“I’ve always been about writing poetry, but never for a purpose, and then I started writing and I realized that was one thing I needed to keep me afloat, to keep me going and motivated to pull me out of my depressive episodes,” Loweree said. “That’s essentially how this became a book.”

It took Loweree a year to finish the material for the book.

The title ‘“El Tiempo de la Mariposa…” is a reflection of how Loweree feels about living with a mental illness.

“I chose that title because in a way I feel we live in the time of the butterflies, especially if you’re suffering from a mental illness,” Loweree said. “If you think about the butterfly, it’s a very strong and resilient creature because it will fly for miles nonstop, but at the same time is very frail. If there is a little bit of rain or a storm it can break apart, it can kill the butterfly.

According to Loweree, the purpose of this book is to bring awareness of the bipolar disorder in the community and also among those who identify with it, as well as to foster literacy.

In her personal battle with bipolar, Loweree’s began early in life. The symptoms began to manifest as early as eight years old and by age 10 she had attempted to commit suicide several times. These symptoms continued to develop during her teenage years and her adulthood. However, according to Loweree the symptoms were different during every stage of her life.

“I was so existential and sad, and depressed, and I didn’t understand why, and I was in a very dark place,” Loweree said. “A lot of suicide attempts when I started cutting and it wasn’t for attention because I was always covered. One of the things I hate is when they say it’s for attention, but it is not, it’s because you’re hurting.”

According to Loweree some of the challenges she has faced throughout the years are related to the stigma and stereotypes people believe about the bipolar disorder.

“Sadly, there’s not a lot of awareness on what this is about,” Loweree said. “In terms of how society sees bipolar disorder, you hear things like ‘Oh my mood changes so fast, I feel bipolar,’ so they’re not really taking in consideration the hardship of this disorder. It’s one serious mental illness and it’s sad because a lot of people just don’t understand it.”

Loweree mentioned another problem she faced, especially in the workplace, was the disclosure of her disability at work. She said how hard it was at times, especially when you suffer from things like instability or a lack of motivation during a depressive episode, because in the workplace, no one wants to hear that.

Loweree said several factors caused a delay in obtaining a diagnosis and getting help. One factor was a lack of information about it.

“In the Mexican community, this is something we don’t talk about, so it was a piece of knowledge I didn’t have,” Loweree said.

After being diagnosed with bipolar disorder, Loweree had to work on accepting her diagnosis. Then accepting the treatment was the next challenge.

“It was hard. When I walked out of my psychologist (office) after she told me, I cried the entire time I walked home. The thing about bipolar disorder is not most sources and health professionals tell you is that it’s for life,” Loweree said. “It’s not like anxiety or depression, you can come up with a coping mechanisms and push through, but bipolar disorder is for life.”

Even when Loweree was finally given an answer, she is aware that the acceptance of it is still a difficult process.

“I think the part that allowed me to breathe was that I finally had answers to things I couldn’t explain before,” Loweree said. “When I started to look and reflect on my behavior for the past 15 years, I was able to see why I did what I did, why I had no control and why I would dramatically dive into a deep depression out of the blue. That became clear.”

Loweree said a support system of family, relatives or friends is key to be productive, successful and live a meaningful life with the disorder.

For information about the bipolar disorder, finding resources and support visit nami.org