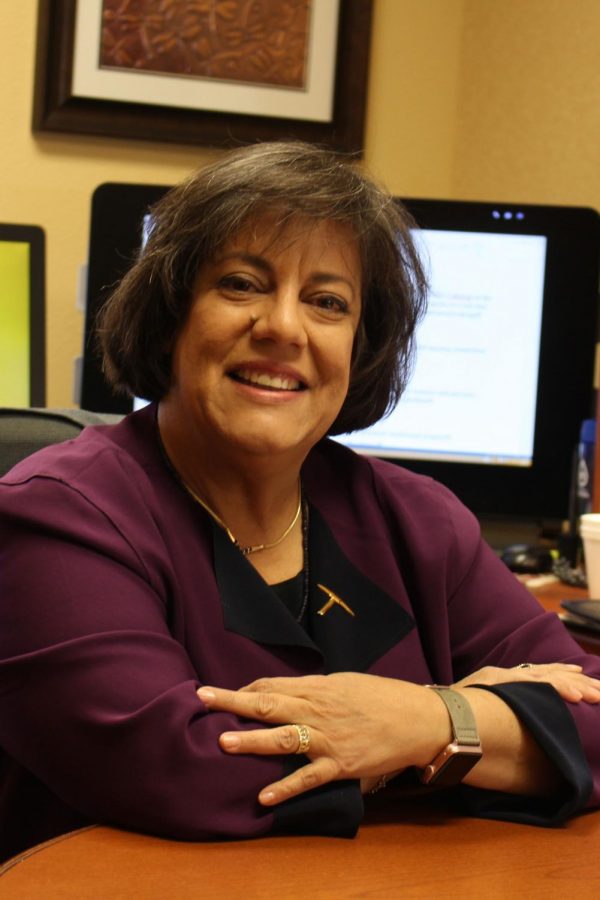 Clinical professor Ivonne Santiago, Ph.D., was named El Paso’s Engineer of the Year in February for her contributions to improve public welfare.

The Engineer of the Year award is given by the Texas Society of Professional Engineers (TSPE) to outstanding members who have been nominated by an organization, Santiago said. She was nominated by three different organizations and she is the first UTEP professor to receive the award since 1973.

“I think that the reason I got the award was because the TSPE realized the value of changing lives of people one step at a time and one community at a time,” Santiago said.

As a civil environmental engineer, Santiago has been involved in numerous projects in many areas, including her native country of Puerto Rico. Her role is to enhance teaching and improve conditions in communities with precarious conditions by improving access to drinking water.

One project on which she worked with students was the installment of a solar-powered water treatment system in a community in Haiti, where, before that, people had to walk two hours to get clean water, she said.

“For the first time in their lives, they have safe drinking water in their community—they don’t have to walk two hours to get water,” she said.

Another project is the “Title V” program, which aims to increase engineering freshmen student retention and success at UTEP. Santiago mentors students in workshops to help them find their strengths and figure out ways to deal with their degree plans.

“One of the things we’re trying to do is to increase retention at a professional level,” Santiago said. “I give a lot of workshops during the week to freshmen students, to help them understand their strengths, deal with their degree plans and their different careers strategically, with tangible action to be successful.”

When talking about the importance of mentorship, Santiago thinks back to when she came to El Paso from Puerto Rico. She left everything behind in Puerto Rico and began her professional career in El Paso.

“I realized, after the fact, the importance of having mentors in my life, of having people that will give you sound advice, the type of advice you don’t want to hear,” Santiago said. “Looking back, I could have done the same thing in a way that was wiser.”

Santiago hopes that this might change, especially now that she received the award.

“I think that one of the reasons why I am happy to have gotten this award is that it also generates a level of respect for women,” Santiago said. “When you’re a woman in engineering, in many ways, you are extremely visible or invisible. If you’re just doing an average job as a woman engineer, you’re invisible, but if you do something really, really bad, or really, really good, that’s when you’re the most visible.”