Christin Apodaca: an Artist makes a name for herself in the borderland 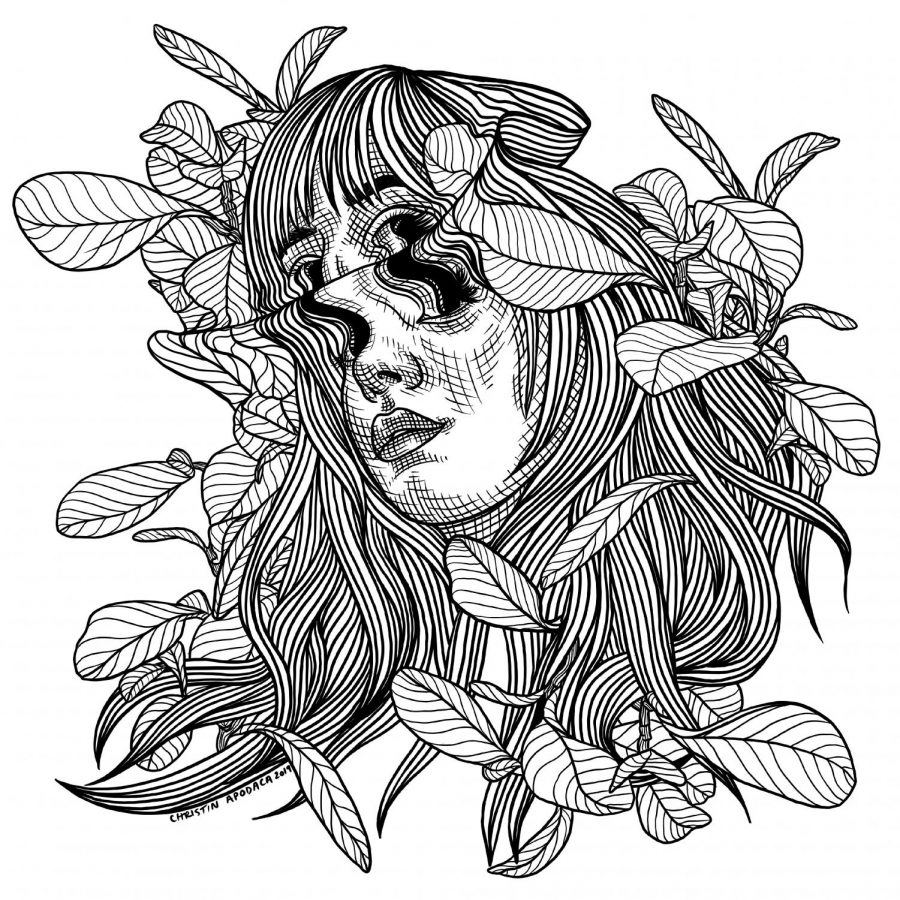 In a world dominated by males, one female artist is creating waves of change in black and white throughout the Sun City.

Christin Apodaca, 29, born and raised in El Paso, attended Burgess High School before starting her degree at UTEP. She would go on to graduate from the University of New Mexico in studio art with a concentration in oil painting.

During the last four years,  Apodaca has taken her art more seriously. Challenging herself to create and draw an art piece every day, she said some get completed and some don’t, but the consistency of her work has paid off.

In 2018, she was one among the various painters for El Paso’s Neon Desert Music Festival. She was first place winner in the 2017 Chalk The Block contest, where contestants had to live paint on a car. Apodaca went home with a cash prize of $2,000. She has been commissioned to paint murals across the Borderland, from local bars such as DeadBeach, Neon Rose and Benny Franks to department stores like West Elm, from downtown El Paso to Segundo Barrio.

She credits her success to hard work and years of dedication to her craft.

“I feel like if you work hard enough, good things will happen,” Apodaca said. “But you have to be consistent about it. It just means I’m doing something right. Even something small.”

Apodaca’s artwork has a central theme. The majority of her art pieces highlight a female. She challenges the stereotype of machismo she has experienced in the local art scene.

“I feel I’ve dealt with too much of it at home. Machismo-like attitude to where art is still such a male-driven thing that I only want to include females in my artwork just because of that,” Apodaca said.

One of her more well-known murals is a female in front of cactus on the corner of El Paso Street and Father Rahm in the Segundo Barrio. Apodaca relays the message of the importance of representation in a multicultural city.

“(That is) always going to be a theme. The bigger the girl, the better,” Apodaca said.

Apodaca’s technique is usually a marker and paper aesthetic. She had to get comfortable using these types of materials at her disposable due to a lack of studio space. Now she prefers the use of markers because of speed at which she can complete a piece.

“I feel it’s the instant gratification of finishing a piece,” Apodaca said, “With an oil painting, you take weeks to finish it. But with the drawing, I could finish in a couple hours. So, I think just the accessibility and the ease of tools is what made me stick to it the most.”

From an audience’s point of view, her artwork is seen in black and white. To her, all art pieces have color because she has to envision them before they make it to the drawing board.

“I always tell people I live in color. I’m looking at everything in color,” Apodaca said. “So, to understand my drawings, the finished product, it’s because I had to see it in color first. To me, they’re all in color.”

“Drawing for five hours a day you don’t really have a lot of time to talk to people,” Apodaca said.

Apodaca decided to pursue a career as an artist because her artwork was the only thing she felt was her strongest aptitude. The response she was receiving even in the early stages of her career was positive. Now, as she reflects back on what inspires her and as she continues to distribute her artwork throughout the city what excites her is the recognition.

Currently, Apodaca will begin to work on some commissioned pieces. She will be featured on the upcoming La Prada posters and will be doing a game poster for one of the El Paso Locomotive home games.

To know more about Apodaca’s work visit her Instagram @christin.m.a