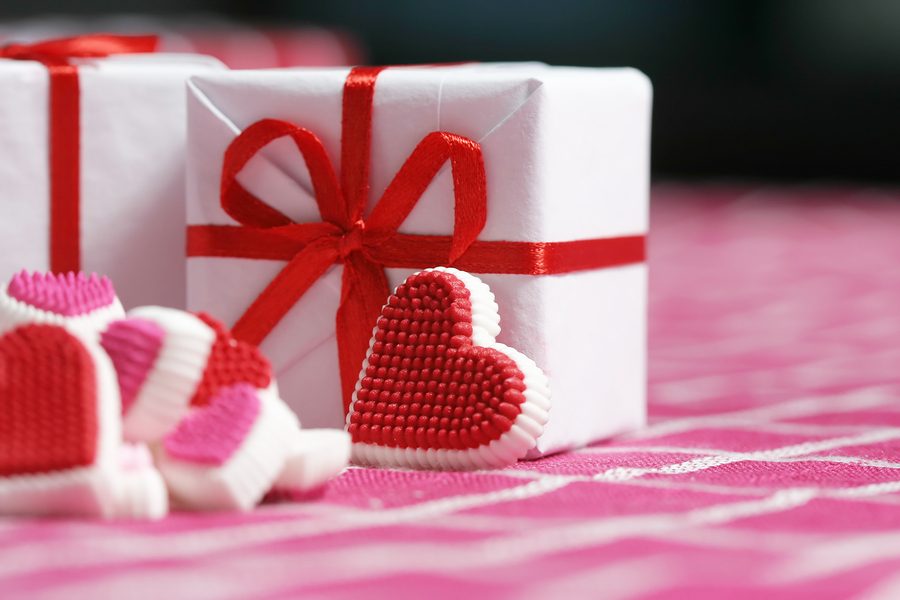 With Valentine’s Day around the corner officially the season of love is upon us. Whether you have a significant other, or not, you’re beginning to plan what Valentine’s Day.

When most people think of Valentine’s Day, plans of elaborate and costly dates come to mind. But the truth is that many cannot afford expensive evenings and a gift for those they care deeply about.

Some don’t have a significant other to spend those special nights out with.

If you are stressing about money for the holiday and or do not have a date for the evening, the Prospector Staff has hand-selected a few Netflix shows and episodes to celebrate the lovely holiday for a night in or for a “Netflix and Chill” fashion.

With Valentine’s Day approaching, Ross (David Schwimmer) struggles to build up the courage to ask out a neighbor he is attracted to and finally does. While out on his date with his date, Ross happens to run into his ex-wife Carol and her new partner Susan. Joey (Matt LeBlanc) unknowingly sets Chandler (Matthew Perry) up on a blind date with Janice (Maggie Wheeler) who he has dumped several times. The girls Rachel (Jennifer Aniston), Monica (Courteney Cox) and Phoebe (Lisa Kudrow) decide to break their “bad boyfriend curse” by burning their old boyfriend’s keepsakes.

Season 8, Episode 15, “The One with the Birthing Video”

Joey is having a hard time coping with his feelings for Rachel and feels a little down during the Valentine’s holiday. Ross fails to tell Mona, his girlfriend, that Rachel has moved in with him when Mona finds out unexpectedly.

It is Valentine’s Day and Michael (Steve Carell) is sad because it is the first Valentine’s Day since he and Holly (Amy Ryan) broke up. Michael donates blood at a mobile blood drive held in a parking lot at his work when he starts a nice conversation with a female donor sitting next to him. Michael passes out while giving blood and when he wakes up the female donor is gone, but has forgotten a glove. Hoping she will look for it., Michael plans to host a singles mixer to lift his spirits. Jim (John Krasinski) and Pam (Jenna Fischer) attend a double date lunch with Phyllis (Phyllis Smith) and her husband Bob Van (Robert R. Shafer) when Phyllis and Bob disappear for a while. Jim and Pam go to check on Phyllis and Bob and hear them having sex in the disabled bathroom.

In this episode, Michael and Holly have just begun to date again. They display an intense affection during work that begins to make their co-workers uncomfortable. Michael declares his love for Holly and realizes she will be leaving soon for the second time. Gabe (Zach Woods) arranges a Valentine’s Day treasure hunt for Erin (Ellie Kemper), who he is seeing, but she becomes stumped at the very first clue. Jim and Pam Halpert celebrate Valentine’s Day with a quick lunch where they consume too much alcohol causing issues when they have to return to work. During the PDA meeting, Dwight (Rainn Wilson) exposes everyone from the office who have had sex in the workplace.

The whole group of friends are hanging out and playing basketball at Eric’s (Topher Grace) house when Eric pulls down Donna’s (Laura Prepon) pants and displays her “granny panties” to the entire group. To make up for his mistake, Eric buys Donna sexy panties for Valentine’s Day as a nice gesture. Kelso (Ashton Kutcher) finds out Laurie (Lisa Robin Kelly) cheated on him and is devastated by the news. Realizing how bad he feels, he understands how Jackie (Mila Kunis) must have felt when he cheated on her with Laurie. Fez (Wilmer Valderrama) decides to ask Caroline, a girl he is seeing, to go steady with him and finds out she has some bizarre concepts about romance.

Hyde (Danny Masterson) is upset because he feels that Jackie still has feelings for Kelso. Hyde and Jackie get in an argument about the situation and Hyde ends the relationship, leaving Jackie in tears. Ultimately, Jackie declares her love for Hyde. Annette, Kelso’s girlfriend, also feels the same and gives him the ultimatum of forcing Kelso to stop talking to Jackie or their relationship is over. Kitty (Debra Jo Rupp) is upset with her mother’s visit to her residence, as she feels her mother does not like her due to her constant icy remarks.

It’s Valentine’s Day — Derek (Patrick Dempsey) is driving to a restaurant with Meredith (Ellen Pompeo), Cristina (Sandra Oh) and Owen (Kevin McKidd) when a swarm of ambulances speed by in the opposite direction. Moments later, Owen and Derek get paged and they head to the hospital. The hospital becomes flooded with dozens of injured people after a roof collapses at a popular romantic restaurant that was full for the holiday. During the hectic day, Derek tries to manage his busy schedule as the new chief of surgery while Meredith wrestles with her new life as the chief’s wife. Mark (Eric Dane) and Callie (Sara Ramirez) struggle to aid Mark’s daughter to do the right thing for her baby since she is so young.

After attempting several times to be intimate with each other, full-time parents Meredith and Derek begin to feel that they will never have time alone. They attempt to give it a shot for a romantic Valentine’s Day evening alone. Callie feels the same and asks Mark to watch their child so she can surprise Arizona with a romantic evening. Due to the holiday, the ER is filled with romantic gestures and energy. Not all Valentine’s Day gestures are nice. A 10-year-old girl has an allergic reaction to chocolates from her valentine. Meanwhile, there is another incident involving a man who is hit by a car while chasing down his frustrated girlfriend.