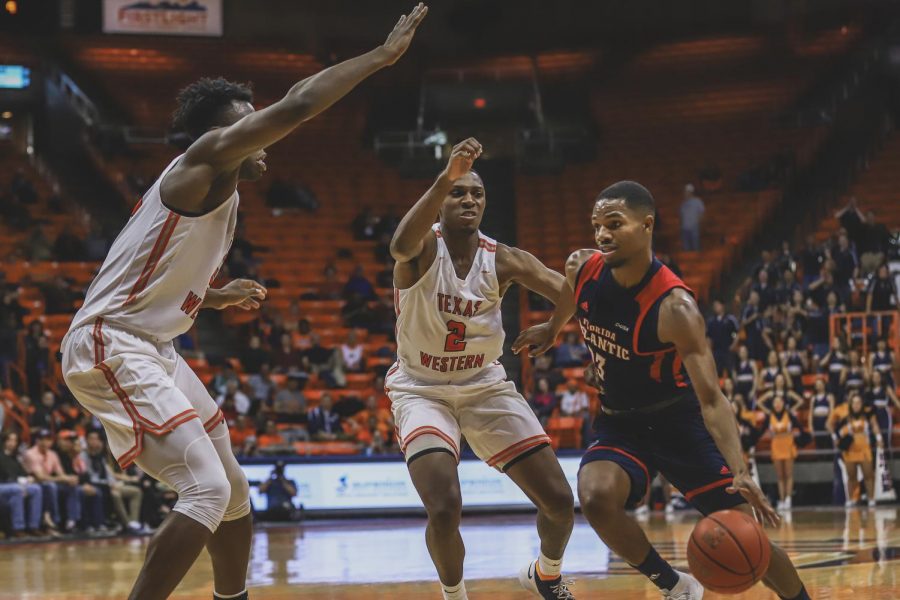 The Miners fall to FAU on Thursday, Feb. 7 at the Don Haskins Center.

The UTEP men’s basketball team(7-15, 2-9) were defeated by the Florida Atlantic Owls (14-10, 5-6) 61-48 in an exceptional shooting performance by the Owls. Florida Atlantic shot 13-of-26 from three and were 23-of-58 from the field. The Miner son the other hand had an abysmal shooting outing going 15-of-53 from the field and 5-of-27 from three. The Miners have now lost four straight and are currently in 13th place in the Conference-USA standings.

“ We struggled shooting the basketball tonight and give the credit(FAU) they made some shots tonight and we knew coming in that they were a good shooting team,” head coach Rodney Terry said.

“Adger has been playing really well as a senior making shots and he did nice job of working his game and doing what he does best,” Terry said.

The Miners were down 42-36 at the 12:13 mark in the second half but as it was all night the Owls were knocking down three after three halting the momentum of the Miners.

The top 12 teams making the postseason conference tournament with the bottom two teams being out of the tournament.

“It’s one game at a time right now for us and we’re working hard right now to get in that position in the conference tournament and you wanna get these guys that experience,” Terry said.

The Miners will be in action again against Florida International University(14-10, 5-6) at 7 p.m. Feb. 9 at the Don Haskins Center.

“They’re a fast-paced team and they like to play up-tempo and we’re going to have to put the ball in the basket,” Terry said.