Rubin center presents variety of exhibits for the spring semester 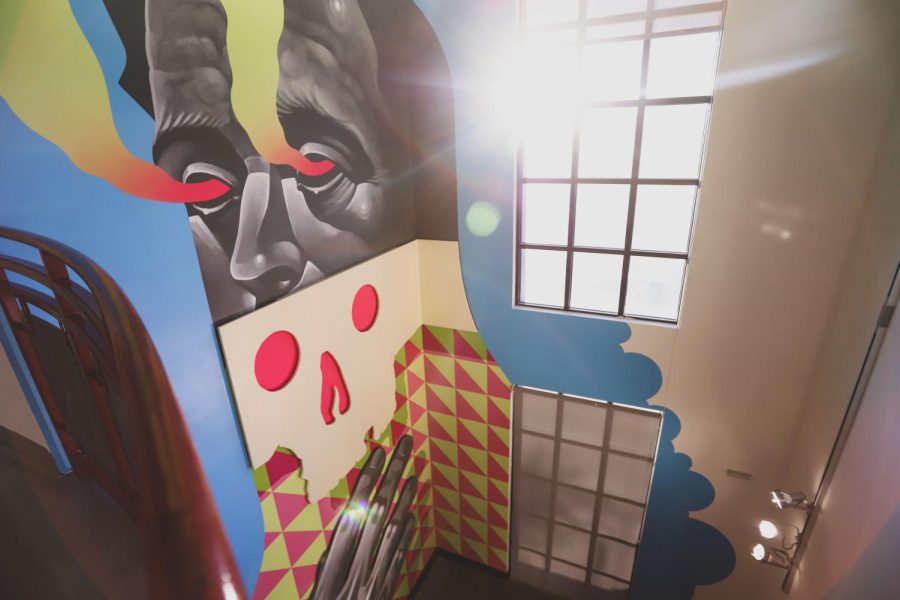 The Stanlee and Gerald Rubin Center for the Visual Arts, located at 500 W. University Ave. on campus presented  three exhibitions Jan. 24 from a variety of recognized artists that will run until the first two weeks of April.

Since its inception in 2004, the Rubin Center has brought different ideas from outside the college campus to UTEP students.

“The impact for our art students is often seeing artists working in very professional ways, artists that have been known and recognized internationally or nationally. They get a chance to see that quality of work,” said Kerry Doyle, director and chief curator of the Rubin Center. “Also we have a lot of interdisciplinary students visiting the Rubin Center.”

According to Doyle, one of the exhibitions titled “New Cities, Future Ruins at the Border” (NCFR) may attract the attention of Latin American border studies, political science and environmental studies students.

“This exhibition  is part of a multi-city collaboration. We’re working with Southern Methodist University in Dallas and Arizona State University in Phoenix,” Doyle said. “It’s a four-year project in which we invite artists and architects to think about the environment in the Southwest so, given the neoliberal development and the kind of expansion of cities and suburbs throughout the region, to think a little bit about what the environment looks like.

“And the part that we decided to take was about the US-Mexico border. So each of our three artists has chosen one element, either water, air or earth, and has done a project in relation to that. Most of those projects took a couple of years and involved a lot of collaborators.”

One such artist is Guadalajara native Iván Puig. Puig, a multidisciplinary artist, chose water as his element and his portion of the exhibition shows how soda companies in Mexico have privatized water with the help of the government and how that has harmed the population.

“There’s a need for regulation from the state, from the government, to not encourage soda consumption and vice-versa. It is not only saying ‘It’s harmful, don’t drink it,’ but rather make it expensive, difficult to access,” Puig said of his exhibition. “This project is for that — ask the government to not do this rubbish, that what they regulate (is) to take care of the people’s health and not the opposite.”

Another one of the three exhibitions is the “Convergence” exhibition, which was made in collaboration with Los Angeles-based gallery Thinkspace.

“Sometimes we have a guest curator, like the one that did the Thinkspace show, and that’s Andrew Hosner,” Doyle said. “He chose the artworks as a guest curator. We invited him to select works that represented the New Contemporary painting movement.

“Each of them has three pieces in the show and it gives our students a chance to see how successful artists are dealing with realism and pop culture and painting today.”

The “A Piece of Our Mind” exhibition shows a number of posters that represent opinions on different topics such as human rights, politics and the environment.