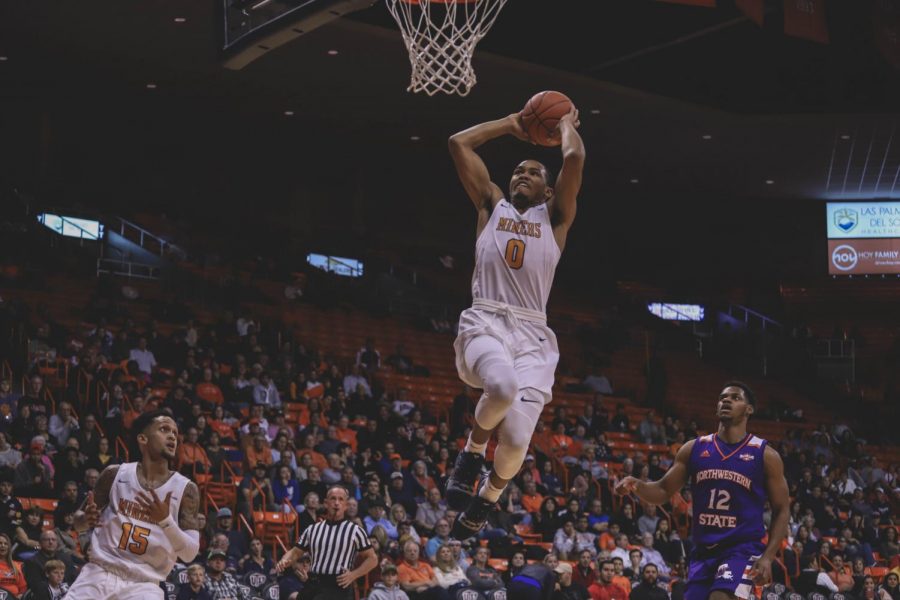 The Miners beat the Northwestern State Demons on Saturday night, Dec. 1 at the Don Haskins Center.

“(Norfolk State) can really push the ball, score points and play transition defense,” Terry said. “They have a couple guys who can make shots. Their older players, (Nic) Thomas and (Derrik) Jamerson can really shoot the ball,”

Norfolk State is entering the Haskins Center riding a three-game losing streak and hasn’t won a game on the road this season (0-5), they will look to snap that streak against a young Miners team that is developing in front of everyone’s eyes. They are led by junior Nic Thomas, who is averaging 14.9 points per game, senior Derrik Jamerson Jr. is the Spartans deep threat from behind the arc, shooting .389 from deep, making him the most efficient shooter for the Spartans from deep.

The last time UTEP faced Norfolk State, the Spartans beat out the Miners in the 2015 Sun Bowl Invitational, 85-76

Wyoming fell in a close overtime loss to the Denver Pioneers in Laramie (90-87) coming into the Sun Bowl Invitational. Senior Justin James leads the team in scoring averaging 24.5 points per game and also leads the team in assists with 43 on the season.

UTEP, furthermore, has an opportunity to head into the conference opener with a winning record if they are able to bring the trophy back home.

The Miners leading scorer, sophomore guard Evan Gilyard, who averages 18 points per game,  sat out the last game against UC Riverside with a knee injury, first-year head coach Rodney Terry was optimistic that Gilyard would return for the tournament.

“Our training staff has done a great job all year,” Terry said. “We’re never going to put a player out there that isn’t ready to go. I think that they’re doing a good job. There’s a good chance we see (Gilyard) in the tournament.”

If Gilyard does not play UTEP will rely on their freshman big man, Efe Odigie, who notched his fourth career double-double for the Miners in the win against UC Riverside. Odigie’s four double-doubles are the most by a UTEP freshman since Terry Winn tallied four in 2015-16, his freshman season. The freshman forward posted a career-high 24 points 11 rebound performance, Odigie is currently ranked second in rebounding in C-USA averaging nine a game.

“(we) grow up every game, every practice, is not one time that we don’t grow up,” Odiegie said about his recent play. “It’s not one time that coach doesn’t grow us up if that makes sense. He’s always pushing us to be older than we are as far as basketball.”

If Gilyard does not play look for junior redshirt transfer guard/forward Ountae Campbell to make his second consecutive start for the Miners.

UTEP will host Norfolk State at 7 p.m. Friday and, in the opening game at 5 p.m., East Tennessee State will meet Wyoming to tip off the 57th annual WestStar Bank Don Haskins Sun Bowl Invitational at the Don Haskins Center

The losers will meet at 5 p.m. Saturday in the consolation game and the winners will play for the championship trophy at 7 p.m. Saturday.