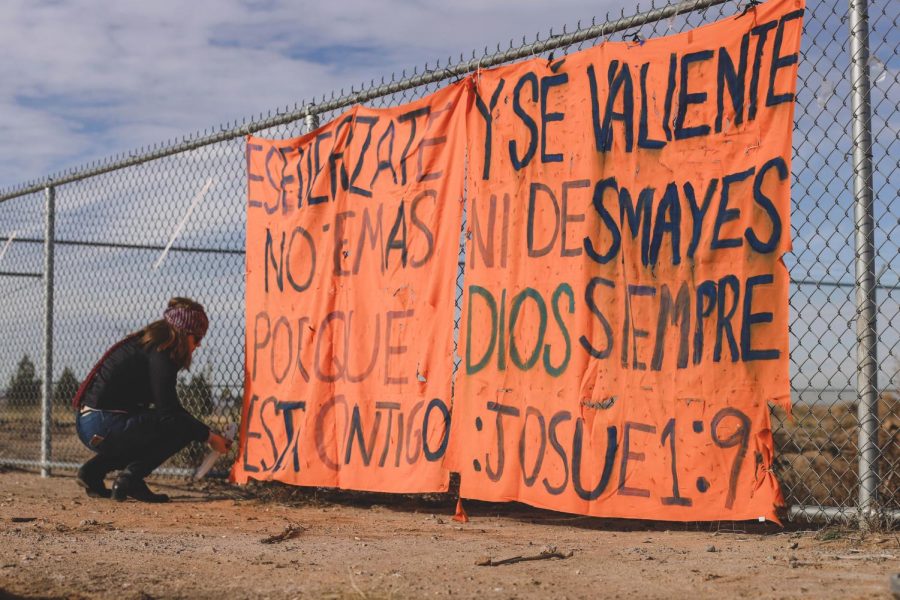 Kids who spent time in Tent City write this message to the new kids who will be spending time at Tent City.

The community gathers one more time at the Tornillo Port of Entry on Saturday morning, Dec. 15, to bring an end to Tent City, which is holding minors who arrived to the border unaccompanied.