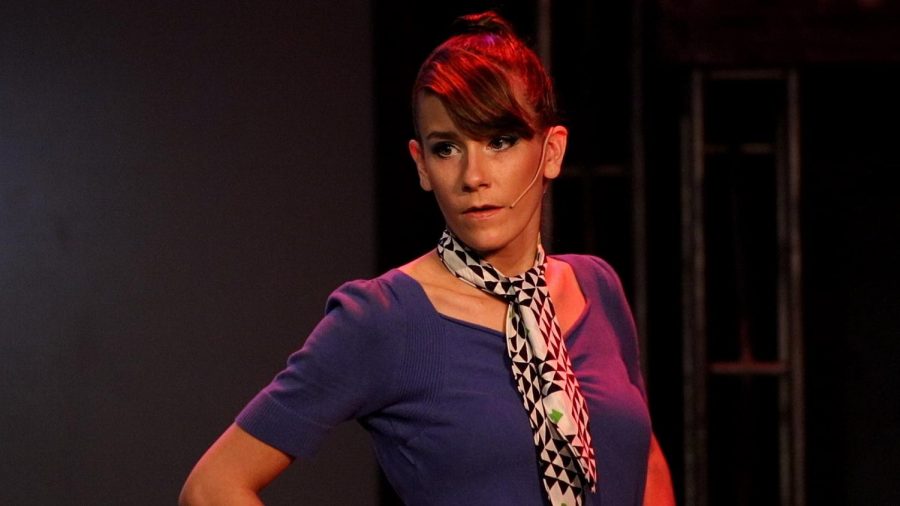 As finals week approaches, for UTEP student, Katie Harding, it means taking a closer step to graduation and the plans that come after.

As part of the Liberal Arts Honors Program, Harding is required to do an independent study for her last semester. Many students go with the traditional approach of writing a paper, but as a double major in communication studies and dance performance, Harding decided to take a more creative approach.

“Since I’m a dance major I thought ‘I have to do something dance related’ and I spoke with my mentor and he already had an idea for a project actually which is based on the life of his mentor Martha Hill when he went to Julliard,” Harding said.

“The House that Martha Built,” will be a 40-minute performance where Harding will talk about the dance history of some pieces created by Hill and dance some of those iconic pieces.

Harding, who previously interned with the American Dance Festival by helping with fundraising, event planning and administrative tasks hopes to get a job in an area that allows her to put both of her skills in practice.

“At the internship, in addition to all those tasks, I was able to take dance classes and meet a lot of people that performed, so I got to have a very multifaceted experience and also get a chance to really look into the industry and see if this is something I wanted to do,” Harding said.

Harding started dancing at the age of four after her mother put her in a dance class, since then, Harding developed a love and passion for performing arts that took her to perform at different musical production during her high school years and at the UTEP Dinner Theater.

Even though the passion for dancing still remains with her, Harding said she decided to go for a double degree because of the security of having a consistent job.

“I never wanted to be one of those people who goes to auditions in New York until I run out of money and have to move back home or something, but I can’t also let go of dance totally,” Harding said. “Arts industry works out because it is a consistent job, there is a corporate side of it, but you still get to take classes, see performances be exposed to the arts, while also maintaining that job security that I have been looking for.”

For Harding, spending her college years at UTEP taught her to love dance in a different way that goes beyond the artistry of being on stage.

“College taught me how to love it in a way that it’s more than just studios or just the purpose of performing,” Harding said. “To me it is more enriching to have the history aspect of it and at our dance program we learned about anatomy, how to choreograph and how to do music, so you get a really well-rounded view of dance.”

As her time at UTEP is almost over, Harding said she really appreciates who she has become as a result of college and how her decision of staying at UTEP helped her to have a great appreciation for dance.

“When I came to college, I was nervous because all of my friends went to schools all over the country and I stayed at home, but at the same time if I hadn’t come here, I don’t know if I would’ve been a dance major,” Harding said. “I am so grateful that I ended up here and got to do both degrees because it kind of built me and where I want to go with my career path because I feel confident going into the real world once I graduate.”