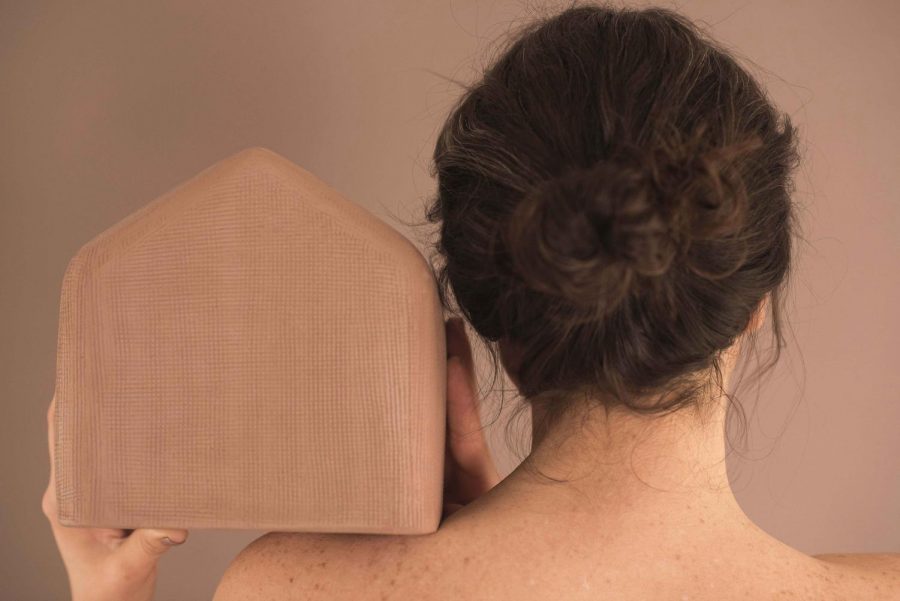 Graduating senior Dina Edens-Perlasca began her college career in 2004 at UTEP and will be graduating this December with a Bachelor of Fine Arts with a concentration in ceramics and a minor in metals.

Edens-Perlasca began as an engineering major but had to progress slowly through her studies as she grappled with schoolwork and her personal life as a single mother of three.

“I went into engineering for two years and then changed to art, then had about six years off and came back about three years ago,” Edens-Perlasca said.

In 2007, Edens-Perlasca decided to change her major to art and concentrate on ceramics due to her artistic abilities and her Mexican lineage.

“I grew up in Juárez and we really didn’t have electives, like art in elementary, so I never had all of that but I was always very creative on my own and have always been a really big fan of my heritage and Mexican Talavera,” Edens-Perlasca said.

Due to her fondness of art influenced by one’s heritage, such as Mexican Talavera (pottery), Edens-Perlasca concentrated her most recent exhibition on her own lineage.

“I’m Italian, Mexican, Spanish and American as well, so my project was based on all of my heritage and just how it is to be a woman within those cultures,” Edens-Perlasca said. “I was working with photography mixed with ceramics, I was able to do that in a very beautiful and simple way and it was amazing.”

Edens-Perlasca was awarded a Templeton Endowment due to her outstanding participation in the art department and was able to work on her exhibition project for a whole year, which was a pleasure for her as most school assignments only allow students a few weeks to complete them.

“That project took me a year and it’s been the most rewarding timeframe because at school you usually have anywhere from one to two months to complete something in ceramics because it is a long process,” Edens-Perlasca said.

Edens-Perlasca has enjoyed how the UTEP art community and faculty truly care about the students as artists and always work towards improving all students’ education.

“(UTEP) has been my home, it’s like I’ve lived here for the last three years because I’ve been working so hard–I just love how everybody is so open and welcoming here,” Edens-Perlasca said.

Edens-Perlasca plans to continue her education in fine arts and ceramics as a graduate student at New Mexico State University and is grateful she is prepared due to the constant encouragement by faculty members who pushed her to not only pursue her studies at UTEP but also explore professional practices outside of UTEP.

Edens-Perlasca hopes to one day have her own studio where she can continue creating art and develop into a stronger artist and teacher like those who guided her to receive her bachelor’s degree.