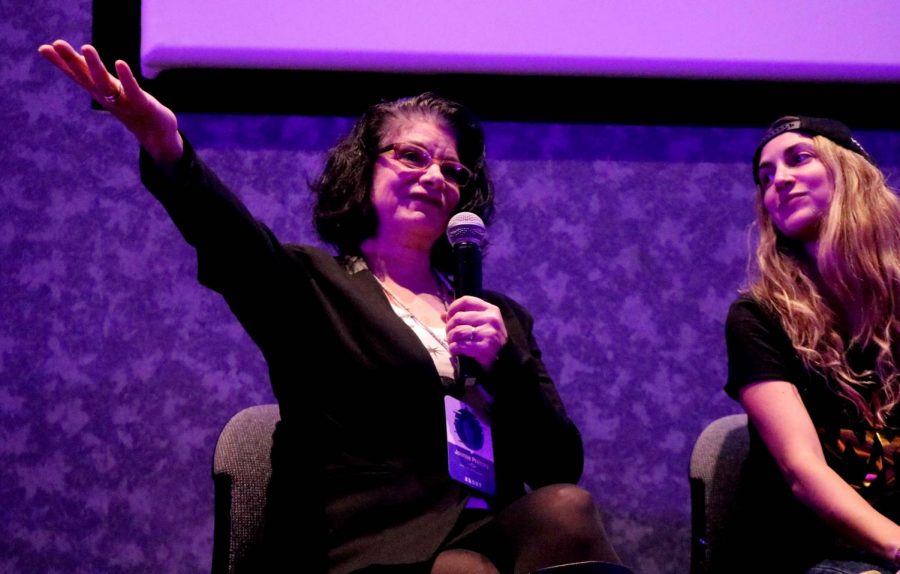 RESET brought the world’s first “real” robot psychiatrist to UTEP in order to talk about her work in the robotics field at the Undergraduate Learning Center on Friday, Nov. 16.

Dr. Joanne Pransky has focused on understanding the relationships between humans and robots

and has been observing the evolution of these machines over the last three decades.

Pransky has been fascinated with people’s response to technological evolution since the 1980s. She did not understand why people were so reluctant to rely on something that could make their lives much easier.

“I view technology very simply, either you use it beneficially or detrimentally, and that comes from within the humans and their morals and ethics,” said Pransky.

Soon after, she proclaimed herself as the ‘world’s first robotic psychiatrist.’ According to Pransky, a robot psychiatrist is incredibly interested in humans because they are the ones who create and use robots.

As she engrossed herself in the robotics industry, Pransky began working with the Robotic Industries Association in order to promote interesting robots across the world. She also continues to help people understand that robots will be a huge part of our future.

“I decided that my lifetime, pre-singularity, would be to prepare the world for this by making them aware of robotic developments,” Pransky said. “It was not going to happen in my lifetime, that I’m going to analyze a robot and help it, call it and have it not commit suicide…”

When asked if there is a specific robot that will help people transition into the near future that she speaks about, Pransky answered the following:

“I think the greatest robot to have is one where you have the greatest need… What I like to say to people is, think of a robot that adds physicality to your devices or to a computer and ask, ‘how could it best help me?’”

By being comical and entertaining, Pransky was able to educate and help her audience at RESET come to terms with a fact that many find alarming: robots will soon be part of our everyday lives.

RESET is described as the, “largest bi-national innovation & entrepreneurship event along the U.S.-Mexico border.” Students came together to listen to three other speakers that also focused on entrepreneurship, creative industries and future innovation to the nine-hour-long event. Among those were Bel Pesce, an entrepreneur from Brazil, Brian Rashid, the founder and CEO of a branding and communications agency and Aaron Waltke, a screenwriter, producer and author.

“Joanne, I mean, she’s the first robotic psychiatrist, and she’s amazing. We had a chance to see her in Juarez yesterday…That’s where the future is going,” said one of RESET’s organizers, Ricardo Mora.

As times continue to progress, Joanne Pransky will keep assisting both humans and robots as they adapt into a life of coexistence.