I Photographed Juárez for National Geographic 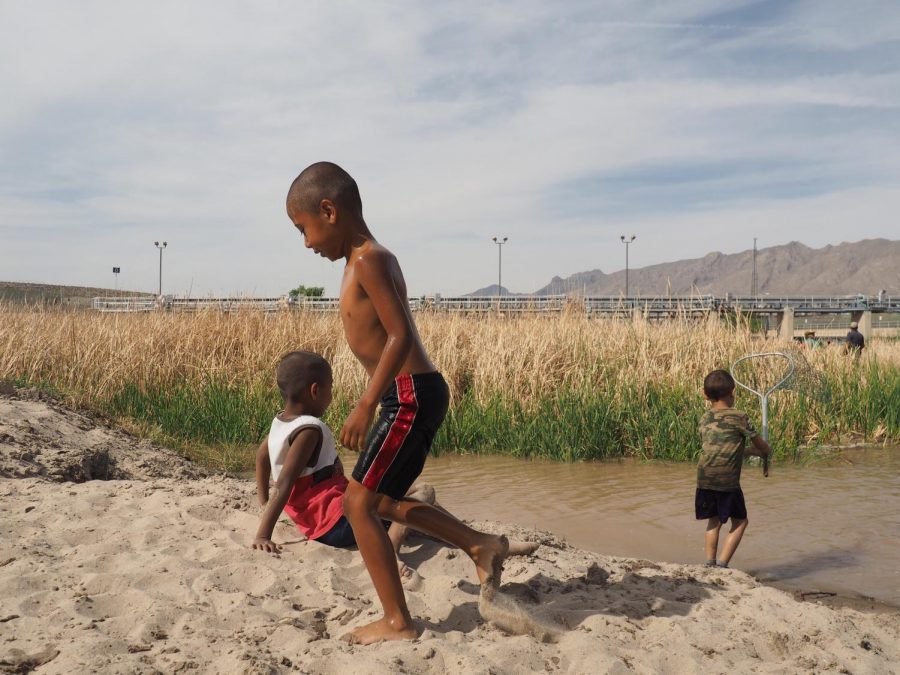 Portrait of children walking aside the Rio Grande River, near the El Paso dam, while waiting for their parents to finish fishing. Tuesday, April 11, 2017

Editor’s Note:   The National Geographic Photo Camp it’s a five-day workshop that teaches young people to tell their own stories through photography. Since 2003, National Geographic has completed 74 Photo Camps, with over 2,500 students from 40 countries. On April 2017, UTEP student Hugo Hinojosa was selected as one of the 20 students that would participate in the Photo Camp Juárez on the U.S./Mexico border. Assigned to share his perspectives of life on the border back in 2017, Hugo Hinojosa re-lives his experience for The Prospector.

I stood there reading the response to my request to join the Photo Camp of National Geographic. I was skeptical at my chances.

Then I read the words off the screen as if a potential director from Nat Geo was talking to me in person. A smile grew across my face as I was selected as one of the twenty students to participate in first Photo Camp ever in Ciudad Juárez.

When I first saw the announcement on my Facebook feed, I didn’t think it was real. I thought it was a scam. Even though I was bracing for the worst, I decided to attend the first meeting at the UACJ Museum of Arts.

Working alongside the local photographers and former teachers Jorge Cuevas and José Manuel Mireles, they taught us how to utilize photography as a way of communication. We learned how to tell our own stories while exploring the realities that surround us right here in the border.

We developed a sense of connection to these problems that are highly important to the community, and now I’m aware of the lives that have been present here for ages.

We went to various locations in Juárez that I have never seen before. I always look back to the day my group was assigned to visit La Casa de Adobe in front of the Rio Bravo – a historic museum that tells the story of Mexicans crossing to the United States.

We were close to the building when suddenly we saw something that made us jump off the vehicle and run towards the river.

A young kid was swimming on the Rio Grande while Immigration Officials were watching him from afar. He was using an old tire to float, while casually enjoying the sun as if he was on the beach. “What are you doing?” we screamed. “We’re just swimming out here, while the water is still running to refresh ourselves.”

We? I thought as a group of children started running towards our direction. They were all hanging out together to have a good time. Later we were amazed, once again, to find more people fishing and swimming alongside the dam in El Paso.

This changed my perspective of Juárez. Was it something that they do in the Summer? Where were the children’s parents? What were the Immigration Officers doing there? Many questions left unanswered that I kept in my heart.

When the day was over, and the end of the camp drew near, I was left with my mind completely blown. I could not believe how ignorant I was and how much of the city is disregarded. The humans that grow with me, that live in the same dry desert climate, left unnoticed, often unintended, by journalists and the media.

I want to be a photographer, and the truth is, I often have to remind myself that whatever I do, I must be passionate, and always follow change. The Photo Camp taught me to always respect and reach out to others.

When I run out of inspiration, I always look back to this experience. It brought so much to me as a Mexican student, studying at UTEP.

I have learned to appreciate the little things. More importantly, I have grown an immense love and care for life in the border. Now, two years later, I’m sitting in the same room where I read that acceptance letter, and finishing this essay.