Miners hoping to bounce back against struggling Hilltoppers 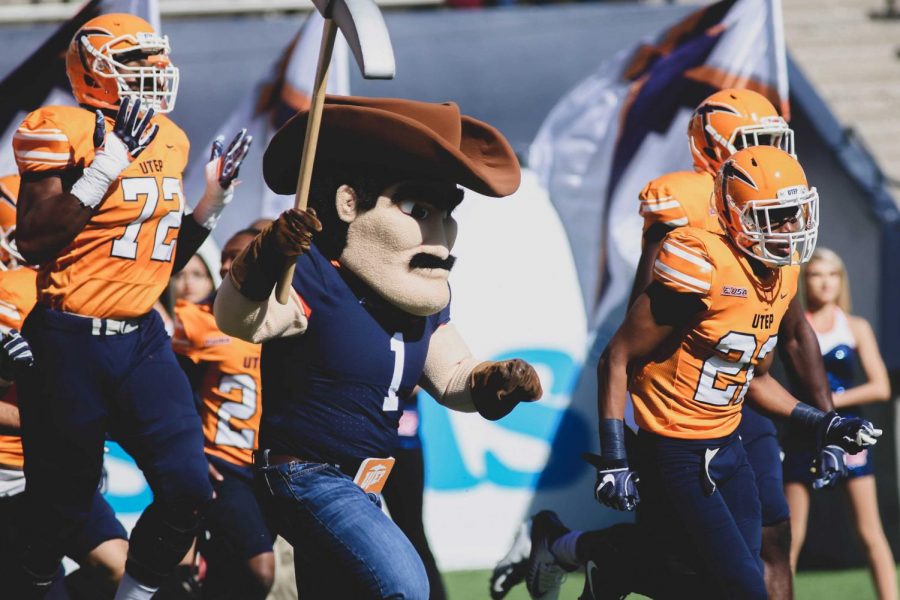 UTEP football will look to win its second game in C-USA against the Western Kentucky Hilltoppers on Saturday, Nov. 17

The UTEP Miners football squad (1-9, 1-5) will have two cracks at winnable games in their last two weeks of the regular season as they face Western Kentucky on the road this week (Nov. 17) and host Southern Mississippi for “Senior Day” (Nov. 24).

The Miners are coming off a 48-32 loss to Middle Tennessee where they trailed the majority of the game by two scores or more against the top team in the Conference USA Eastern Division.

It was a game in which first-year head coach Dana Dimel and players deemed the Miners came out flat, while others simply said it was a lack of execution down the stretch.

Whatever it may be, the Miners will look to shake off their loss, as they prepare for Western Kentucky (1-9, 0-6) this week. UTEP will enter the week as a seven-point underdog against the Hilltoppers, who are searching for their first conference win of the season.

For the Miners, they hope junior quarterback Kai Locksley remains healthy for the rest of the season. Locksley has been battling a problematic ankle injury for the past month, which will need surgery by the end of the season. Last week against Middle Tennessee, Locksley completed 14-for-29 passes for 163 yards and a touchdown but also had a pair of interceptions, including one pick that was returned for a touchdown.

Behind Locksley on the depth chart is junior Brandon Jones, who was in and out against MTSU, completing 4-for-10 passes for 55 yards and a touchdown. Senior Ryan Metz has been ruled out for the season after suffering a season ending concussion against Louisiana Tech, according to the team’s radio broadcast.

Junior running back Quadraiz Wadley finished the day with 99 rushing yards and two touchdowns against MTSU last Saturday and hopes to continue to get more looks and carries over the last two games of the season.

But graduate transfer linebacker, A.J. Hotchkins, shined in the game as the team’s leading tackler with 14 total tackles.

On Western Kentucky’s side, the Hilltoppers have struggled all season since their 28-20 early season victory against Ball State. Some of their more excruciating losses include their loss to Maine (31-28), Charlotte (40-14) and Old Dominion (37-34).

They are coming off a 34-15 loss to Florida Atlantic, where they were out-gained 576-351 in total offense and allowed 315 rushing yards by the Owls.

UTEP averages 175 passing yards and 136 rushing yards per game, but against a Hilltoppers defense that struggles against the run, Dimel and the squad might show a different approach this week.

They will need the likes of Wadley, the team’s leading rusher with 627 yards on the year, and junior Treyvon Hughes, who has 290 yards this season, to have big games.

Dimel says the recipe to control a winnable game like this is to have a week of diligent preparation.

“That’s important for us, have a great week of preparation,” he said. “We have a great opportunity if we play well to get a road win. Didn’t start the game the way we needed to (against MTSU), but there were some positives.”

Kickoff against the Hilltoppers is set for 5:30 p.m. MT.

Adrian Broaddus  may be reached at [email protected]