UTEP soccer kicks off final homestand with a win 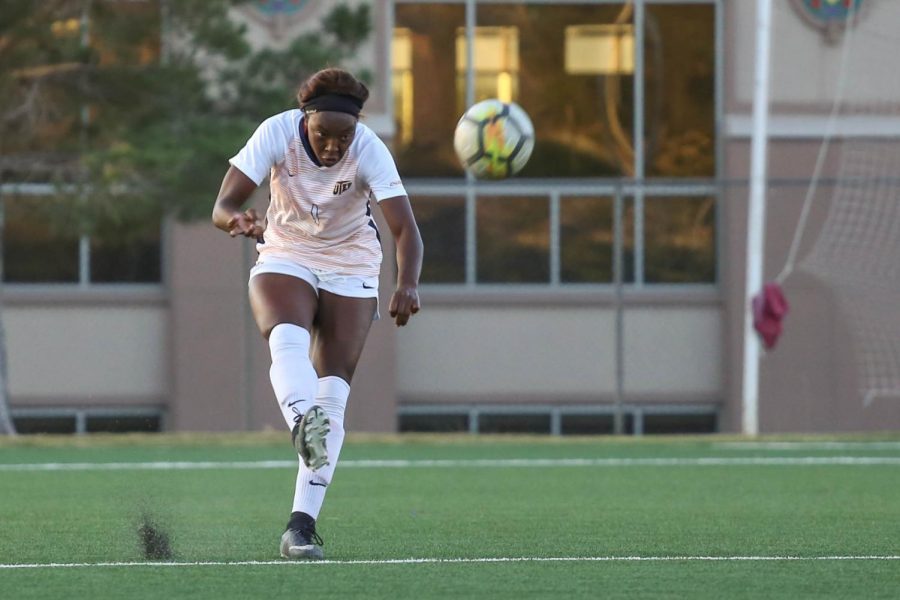 UTEPs’ offense came out swinging and did not look back in the first half.

Freshman Jojo Ngongo scored at the 17th-minute mark on a fast play that developed along the right flank. The freshman forward had a great first touch, which allowed her to turn and toe-poke the ball through the Charlotte keeperʼs legs after outmuscling a defender with her physicality.

The rest of the first half was a midfield grudge match. UTEPs’ high pressing game—starting in Charlottes’ box—and a stingy recovery job in midfield suffocated the 49ers. It limited their scoring opportunities to only two shots in the whole first half.

The Miner offense slowed down in the second half. They allowed the 49ers to get comfortable and slowly start winning the possession battle. And while the 49ers could not capitalize, UTEP was defending with as many as eight players in the back half for stretches of the second half.

Junior forward Danielle Carreon was one of the brighter spots on offense during the second half. The Andress High School alum was often the only player finding the ball on on the counterattack and driving toward the opposition’s side of the field.

By keeping possession, Carreon was instrumental in icing the game in the last few minutes when it seemed as if the 49ers still had a goal in them before the end of regulation.