Battle of I-10: The fight between two winless programs 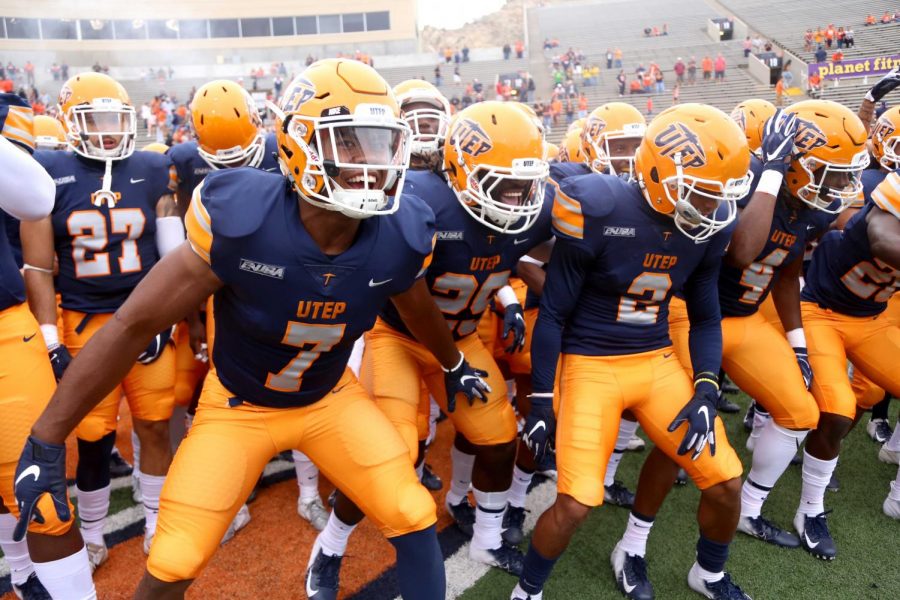 The Battle of I-10 will have a lot more at stake this year, as UTEP (0-3) hosts NMSU (0-4) in a highly anticipated rivalry matchup for the respective fan bases.

The Miners gave Aggie fans bragging rights last year as they fell in Las Cruces 41-14. UTEP had held an eight-game win streak against the Aggies prior to the loss last year. In the game, NMSU quarterback Tyler Rogers lit up the Miners with 283 yards and two touchdowns, while running back Larry Rose III had 144 on the ground.

Fortunately for UTEP, both Rogers and Rose III have graduated from the program and the Aggies are a lot younger. Unfortunately for the Miners, they are also young at certain positions and have dealt with key injuries during the season thus far.

Last week, the Miners fell to Tennessee 24-0 in Knoxville, Tenn. and had trouble generating any offense. They finished the day with just 39 yards through the air and couldn’t score under junior quarterback Kai Locksley (9-of-22 for 39 yards and 24 rushing yards).

They also fell short of 100 yards rushing against the Volunteers, with 95 total yards. Junior running backs Treyvon Hughes and Quardraiz Wadley tied for the team high with 33 yards each.

Tennessee’s sophomore running back Ty Chandler rushed for 158 yards, including an 81-yard touchdown run and sophomore Jarrett Guarantano completed 12-of-16 passes for 168 yards and a touchdown for the Vols.

“We had a really tough time moving the football,” first-year head coach Dana Dimel said after the game.  “We really struggled offensively.  Our execution wasn’t very good.  I’m very disappointed with that.  We had shown signs of improvement last week with our offense, and we just didn’t have anything today.  The passing game wasn’t good.  Third down conversions were bad.  Our production was bad.  It was just a bad offensive day for us.”

One of the few positives of the game was that senior defensive back Nik Needham had his 25th pass break-up of his career to tie Jahmal Fenner’s school record.

After the game, Dimel also revealed that starting senior right tackle Jerrod Brooks would be sidelined with an injury. He is the Miners’ third loss at the line, with senior Derron Gatewood and sophomore Greg Long already ruled out for the year.

“We’ve just got to execute better and handle the environment better,” Dimel said.  “We had some procedure penalties, but that just played a minor part in it.  There were a lot of assignment busts, and that’s the thing we need to improve moving forward.  We did lose a third offensive lineman (Brooks) this week in practice, so we’re down three starters on the offensive line and I think that really showed up today for us big-time.  Any team that takes three losses on their offensive line is going to have some improvement to make.  We lost two, we meshed together pretty good last week and we lost a third one this week.  So we’ve got to shore up those spots right now.”

For NMSU, they lost their first rivalry matchup against New Mexico on Saturday, 42-25. NMSU started off hot, but New Mexico rallied and held the Aggies in the end to beat out NMSU. NMSU had five turnovers, which resulted in three touchdowns for the Lobos.

Josh Adkins, a redshirt freshman quarterback from San Antonio, will be the Aggies’ starter against the Miners, as he finished 12-of-21 for 168 yards with a touchdown and two interceptions. He relieved junior Matt Romero, who threw two interceptions in the game.

The Miners have quarterback woes of their own. Locksley’s passing inefficiency on Saturday showed that the team still has some work to do, either gear more of the game plan through him—which involves more plays on the ground—or to bench him and go another direction. Ryan Metz isn’t a much better option for the team. He didn’t get a chance to throw a pass in the game Saturday upon entering the game in two series and has thrown an interception in the first two games.

Saturday’s game against NMSU will be a tight game for both teams and could come down to the turnover margin. Currently, the Miners have a -3 turnover margin, improving it after causing two turnovers against Tennessee.