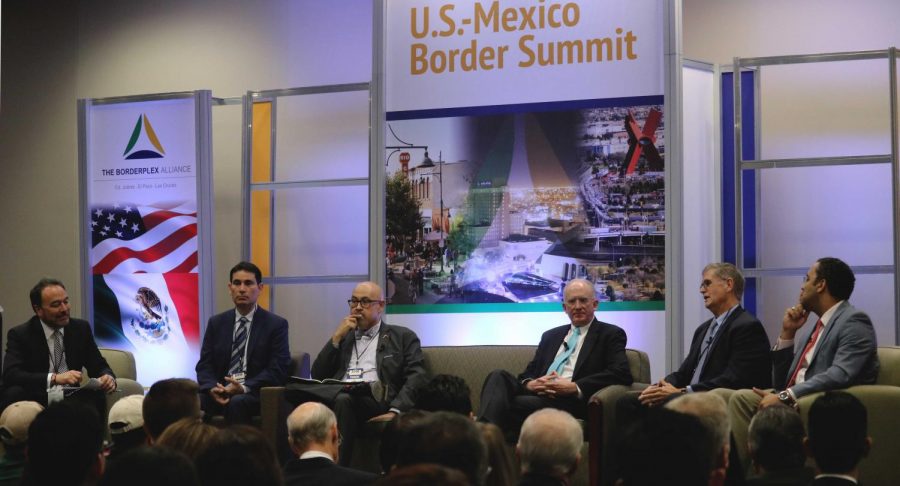 After a long-awaited presidential victory for Andrés Manuel López Obrador (AMLO) and plans by the Trump Administration to renegotiate the North American Free Trade Agreement (NAFTA), speakers shared their thoughts on U.S.-Mexico relations at the 2018 U.S.-Mexico Border Summit on Wednesday, Aug. 15.

López Obrador won Mexico’s presidential election with an astounding 53 percent of the vote in early July of this year, according to a quick count by Mexico’s electoral commission. López Obrador’s closest rival, Ricardo Anaya of the National Action Party (PAN) took 22 percent of the votes, while José Antonio Meade of the Institutional Revolutionary Party (PRI), which ruled Mexico for a little over seven decades of the last century, received a disappointing 16 percent. Jones emphasized that this was a big win for Mexico, and regarding Mexico’s relationship with the U.S., “the relationship will be a mature one.” As former U.S. ambassador to Mexico from 1993 to 1997, Jones was instrumental in the passage and implementation of NAFTA and believes that it is time to modernize NAFTA, “there’s no reason why we shouldn’t regulate the world’s economy for years to come.”

The event featured several panels, which included CEOs from companies like EL Paso Water Utilities, El Paso Electric Company, Transtelco, among others. UTEP professors such as Thomas Fullerton, chair for the Study of Trade in the Americas, and Dr. Richard Pineda, director of the Sam Donaldson Center for Communication Studies at UTEP.

The panel “More Than Neighbors: Understanding North America as a Single Market” featured Thomas Fullerton, Pia Orrenius, vice president of the Federal Reserve Bank of Dallas and SMU Mission Foods Texas-Mexico Center research fellow, Raymond Robertson, professor and department chair holder at Texas A&M and Patrick Schaefer, executive director of Hunt Institute for Global Competitiveness. When asked how NAFTA renegotiations would affect their region, Professor Robinson believes that the connection between the U.S. and Mexico along the border is “so strong that there probably won’t be any radical changes the agreement.” Schaefer agrees and emphasizes that “rising wages (in Mexico) would be beneficial to our region.”

Panelists John Balliew, CEO of El Paso Water Utilities, Miguel Fernandez, CEO of telecommunications corporation Transtelco, Ivan Jaime, director of public affairs at Union Pacific, and Mary Kipp, president & CEO of El Paso Electric Company, participated in the panel Border “Infrastructure: Opportunities and Challenges” early that morning. The panel focused on the effects of NAFTA on the industries that make this region able to run. Balliew found that the agreement has been beneficial to his business, as he is able to keep up with projects with the water utility company of Ciudad Juárez, Mexico.

Perhaps the most entertaining of all came from the panel “What’s Next? The Future of U.S.-Mexico Relations.” The panel featured Tony Payan, director of the Mexico Center at the Baker Institute, Rice University, Pineda, Matthew Rooney, director of economic growth at George W. Bush Institute, Kent Walz, senior editor of the Albuquerque Journal, and Will Hurd, U.S. representative (TX-23). Dr. Payan emphasized the issue of NAFTA renegotiations.

“NAFTA is not a ‘free’ trade agreement; it is a managed agreement,” Payan said.

Payan went on to argue that if NAFTA were to be done away with, most commercial activity will survive since most trading is done through neighboring countries.

The audience was allowed to ask some questions to the panelists, and at the end of the questioning period, all panelists and mediators were gifted an El Paso Chihuahuas baseball team jersey, with each panelists’ name sewed onto it. Attendees with All Inclusive passes were entitled to a lunch and further panel discussions, including the 2018 Distinguished Speaker Keynote Address by former president of Mexico, Ernesto Zedillo.