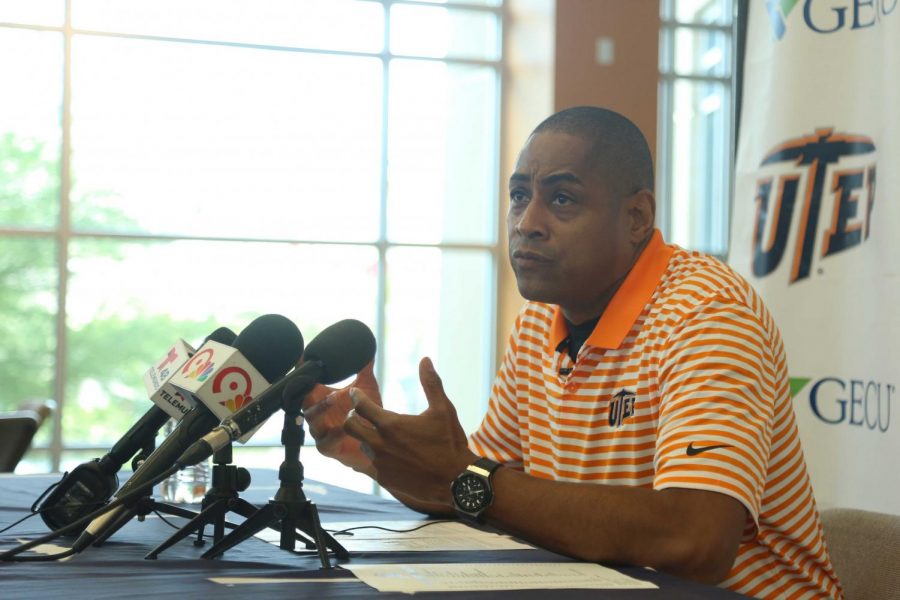 “We’re excited about announcing our 2018-19 schedule. Coach [Lamont] Smith has done a great job with our scheduling and considering the timeframe that we had to work with when we started,” Terry said.

Coach Terry went on to explain how he felt his team’s non-conference schedule prepared them well for C-USA play.

The Miners will open up in exhibition play against New Mexico Highlands on Oct. 30. Coach Terry and his squad will then start their non-conference schedule at the Don Haskins Center against UT-Permian Basin on Tuesday, Nov. 6.

“Our philosophy in scheduling a lot of times is we want to try and schedule games in non-conference that help us prepare for conference play,” Terry said. “Playing in a hostile environment on the road will help us when we get a chance to play in a very tough place when conference starts. We’ll be prepared and will be ready to go.”

UTEP’s first road game will be the First Light Federal Credit Union Battle of I-10 and face New Mexico State on Friday, Nov. 9. The Miners will continue to be on the road as they face powerhouse Arizona Wildcats on Wednesday, Nov. 14.

Other notable non-conference games include two road games against New Mexico on Wednesday, Nov. 24, and Marquette on Saturday, Dec. 1. The Miners will get their shot against NMSU at the Don Nov. 28.

“I think it’s something on the cutting edge and outside the box in terms of really trying to be creative,” Terry said. “This will give ourselves a chance to be, not only successful in postseason play, but to protect some of the teams that are doing really well throughout the course of a season and into conference play to have a higher seed and maybe along as well, pick up a multi-bid type situation when we have other teams eligible for postseason play. It’s a great idea, great plan and one that we’re excited about because it gives [C-USA] a chance to be a multi-bid league.”

This leaves the Miners with five open dates (Feb.23, Feb.27, March 2, March 6 and March 9), the Miners will have two home games and two road games.

Once all 18 games have been completed, the top 12 teams based on the final league standings will be seated accordingly for the conference tournament. Teams will be guaranteed a seed within their respective group.

UTEP’s travel partner is UTSA in which they will face each other in back-to-back contests. The first meeting will be on the road on Jan. 3, while the Miners and Roadrunners will meet again at the Don on Jan. 5. 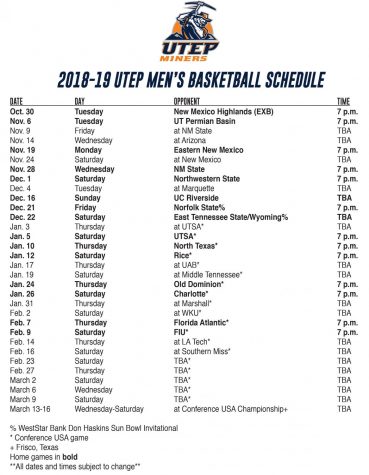