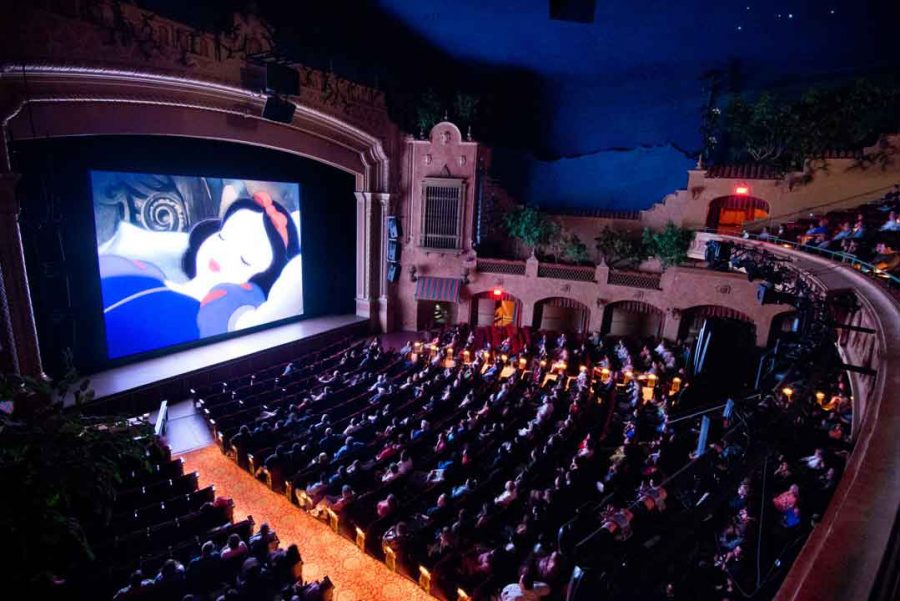 The 11th-annual Plaza Classic Film Festival, presented by the El Paso Community Foundation, is one of the El Paso region’s premier annual events.

The festival will be held from Aug. 2-12 and will screen over 90 films to celebrate and reflect on cinematic history.

The Plaza Classic Film Festival was started by the El Paso Community Foundation in 2008 as a special project to bring movies back to the historic Plaza Theatre.

The films will range from classic cartoons, comedies, romantic dramas to westerns, science fiction, thrillers and much more.

More than 400,000 people have attended the first 10 Plaza festivals, and the festival now averages an attendance of 40,000 people per year.

For the moviegoers, the festival hosts a variety of sensational guests such actors, filmmakers, producers, writers, musicians and others who contribute to the creation of cinematic masterpieces.

This year’s film festival will host a handful of special guests as, Ali MacGraw, lead actress from the 1970 romantic drama, “Love Story,” and the 1972 action classic, “Getaway.” Bruce Dern, an actor and two-time Oscar nominee who is famous for his unstable villainous characters, will attend this year’s festival as a special guest. Dern’s recent film was the historical drama “Chappaquiddick.”

Sam Elliot, an American actor who is best known for his deep voice and lanky build, will be a special guest during this year’s festival where his new film, “The Man Who Killed Hitler” and “Then Bigfoot,” will make it’s United States premiere at the Plaza Theatre.

The Plaza Classic Film Festival will also be screening their Local Flavor showcase, featuring locally made or connected movies, in the El Paso Community Foundation Room.

Tickets for the 11th-annual Plaza Classic Film Festival are now available for purchase.

Tickets for individual movies can be purchased in advance at the Plaza Theatre box office outlets and Ticketmaster.com.

The Philanthropy Theatre, adjacent to the Plaza Theatre, individual movie tickets are available at $4 per person.

The Mills Plaza Drive-In/Walk-Up movies are $5 per person at the door. Friday-Saturday outdoor movies are free.

For movie enthusiasts, festival passes are available for purchase for $200. The passes include admission to all Plaza Classic Film Festival films, a chance to jump the line, attend special events and enjoy discounts during the festival at the nearby Starbucks-Downtown, TCBY Yogurt/Mrs. Fields and more.