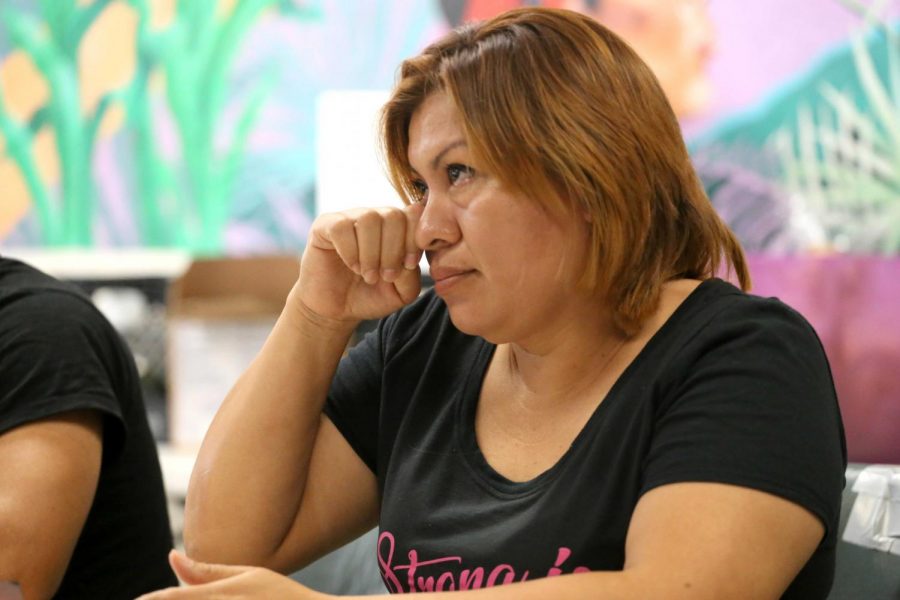 Digna's two children are being housed only ten blocks from the Annunciation house where she is staying but thirt reunification is still being processed.

A press conference was held at the Annunciation House on Monday, July 16 to announce the plans for the reunification of children from the ages of five to 17 with their parents in the El Paso area.

As the first deadline imposed by the U.S. District Judge Dana Sabraw for the Trump Administration to reunite “tender-aged” children under the age of five with their parents has passed, a new deadline for the remainder of the children being detained to be reunited with their parents is looming.

Annunciation House director, Ruben Garcia announced that it is expecting families to arrive at the house once they have been reunited at the U.S. Immigration and Customs Enforcement facilities.

“My understanding is that over the past couple of days, there’s been a tremendous amount of airline flights as they flew children from different detention facilities into the El Paso area and will continue doing this over the over the next two weeks so that they can be reunited with parents that are being held in the various detention facilities in the El Paso area,” Garcia said.

By last week, the government had reunited 57 of the 103 children under the age of 5 with their parents. It is unknown why the remainder have not yet been reunited and there are still over 2,000 children over the age of 5 who are awaiting the reunification process.

The Annunciation House has received 7 families in the last two days and is expecting a large increase of up to 100 individuals per day until all the families in the El Paso area have been reunited by the July 26 deadline.

Garcia said that families only stay at their hospitality centers for up to two days before they are transported throughout the nation to be reunited with other family and friends.

They have asked for anyone wanting to make donations to call the Annunciation House ahead of time at 915-545-4509.