Immigrant parents are reunited with their children 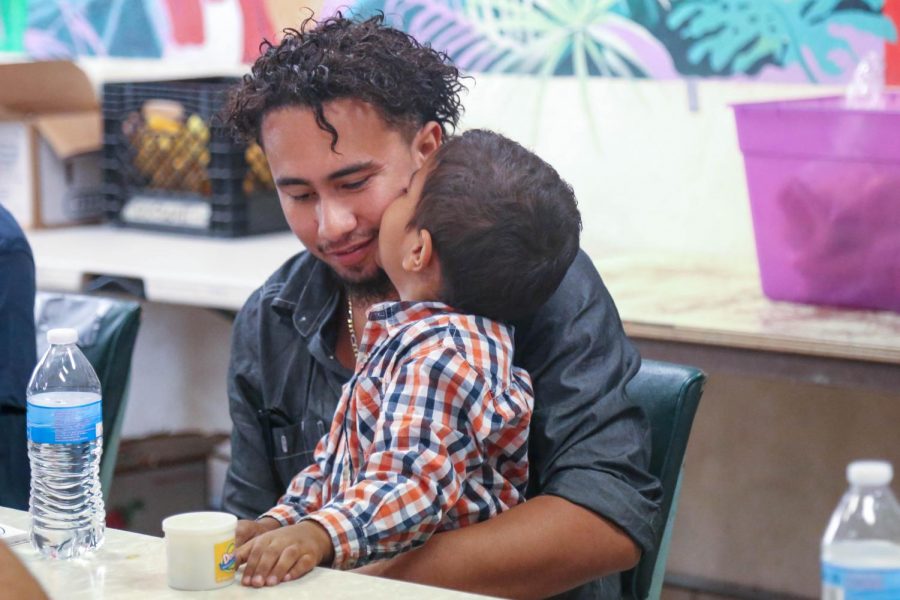 Roger Jr. kisses his father Roger on the cheek before the press conference on Wednesday July

On Wednesday morning, July 11, a press conference was held at the Annunciation House with two of the three fathers that were reunited with their children last night. The third father left El Paso with his daughter this morning before the press conference to reunite with their family members in an ICE facility.

The two fathers spoke about the separation from their children and how they felt when they were reunited last night. Pablo came from Guatemala and was separated from his three-year-old son Andre on April 30, and Roger came with his four-year-old son Roger Jr. from Honduras.

Pablo was only able to communicate with his son three times in the three months that they were separated.