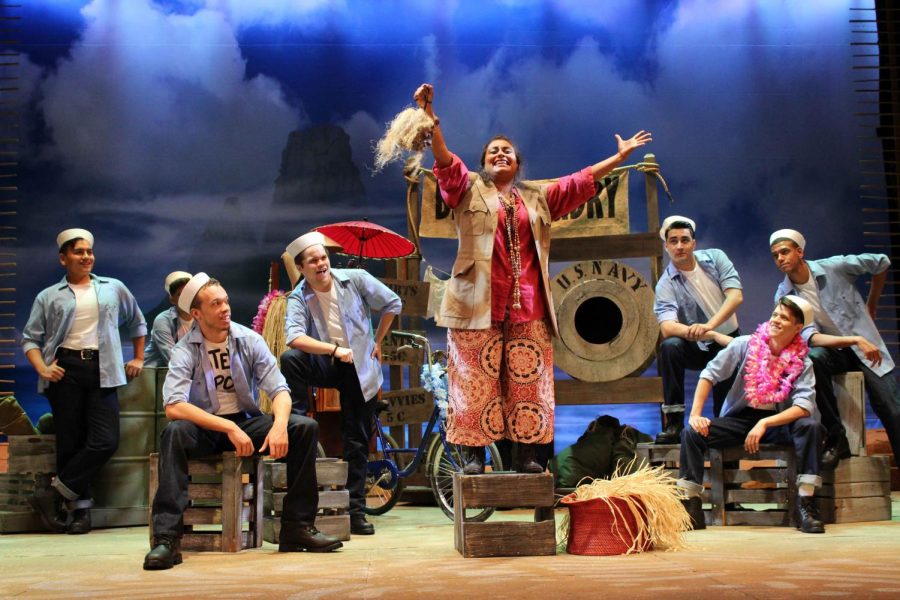 For its 35th anniversary celebration, the UTEP Dinner Theatre is bringing “South Pacific” for its summer musical production.

A musical from 1949, winner of four Tony Awards, and an adaptation from the Pulitzer Prize-winning novel “Tales of the South Pacific,” this musical about racism during World War II. The musical is a love story about two couples – Nellie, a nurse from Arkansas, who falls in love with Emile, a French plantation owner on the island, and Cable, a U.S. Lieutenant, who falls in love with an island native named Liat – who struggle to be together because of racist ideas.

“The play is a commentary on racism,” said Justin Lucero, the director of the play. “And you have to appreciate the time in which it was written; imagine the people being out of work – and these are all mainly white people – and going to see something that will entertain them, and then being in the play and suddenly receiving this message. It’s something that will definitely start conversations afterward.”

The production is being directed by Lucero and includes Megan McQueen and James Gier as co-stars, along with Joseph Johnson and Eurydice Saucedo. McQueen, Gier and Lucero have previously worked together in other productions, which, according to Lucero, has made the production of this musical more interesting.

“Megan and I have actually worked together on other productions, and we take everything so serious,” said Lucero. “The other day, we analyzed for a long time the meaning of a coma. And working with college students is interesting because we hope that they can go deeper into analyzing script like that, you know, going beyond what it says.”

According to Lucero and McQueen, the production has been a true challenge, since it tackles a very sensitive topic from which society still struggles today.

“I think it’s interesting because it shows the journey of a woman who defies herself and her ideals,” said McQueen. “It makes her realize how ridiculous it is to have all this hatred from other people keep you from being with the person you love.”

The musical will premiere on July 6, and will run until July 21. Tickets are available on the UTEP website and in the box office of the UTEP Dinner Theatre.