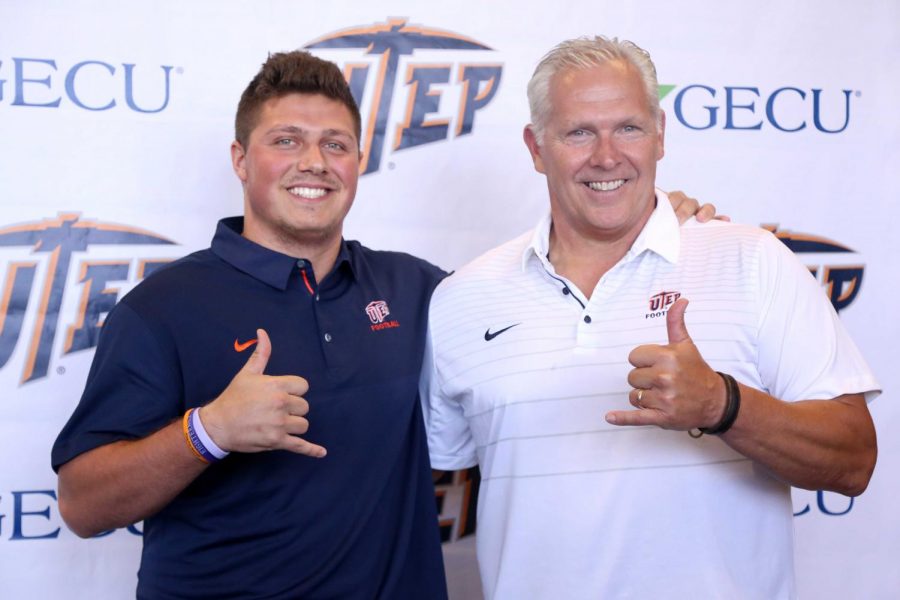 Winston, who committed to the program two weeks ago, enrolled as a graduate transfer at UTEP and is officially on the roster. He played three seasons at Kansas State, starting all 39 games at the fullback position. He was named 2017 All-Big 12 second team, and 2016 & 2015 All-Big 12 first team. He started every single game he played in, including 22 rushing touchdowns, 418 receiving yards and four bowl berths and two bowl victories.

“I love all the coaches here, I’ve known a lot of them for a long time,” Winston said. “Those things  played a big factor in my decision. My only focus this season is to help the team win. I can catch, I can run, I can block.”

Dana is pleased bringing on his son, as Winston chose UTEP over the likes of Mizzouri, Texas A&M, among others.

“What you need to know is once he steps on the field, he’s not your son anymore,” Dana said.

Winston is also considered one of the top fullback prospects for the NFL across the country.