U.S. mayors meet to protest at the border 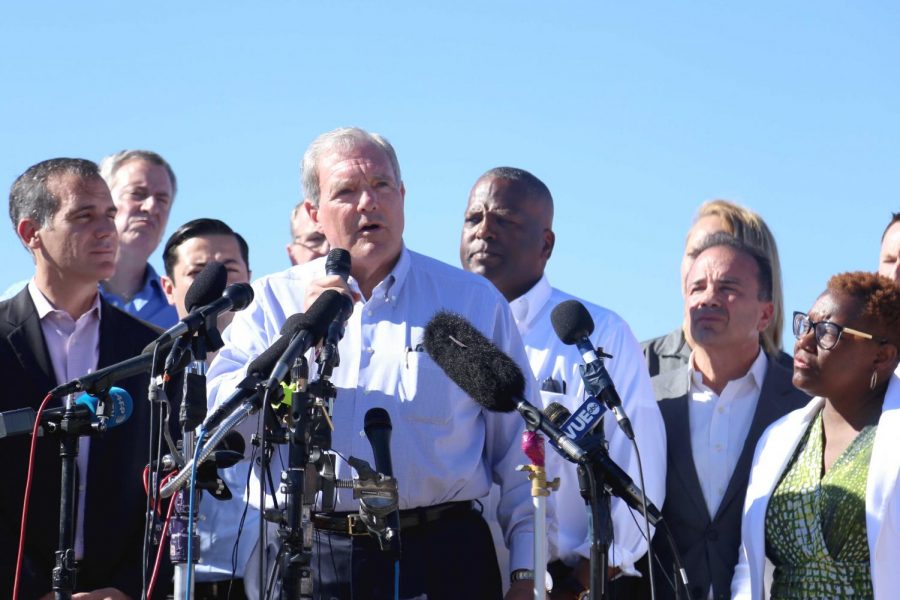 El Paso Mayor Dee Margo spoke at the Tornillo- Guadalupe Port of Entry where about 20 mayors got together to protest Trump Administration's family separation policy.

On Thursday morning, June 21, mayors from across the country gathered at the Tornillo Port of Entry to protest for the thousands of families that have been separated at the U.S.- Mexico border.

” We are the largest bilingual, bicultural, binational community in the world,” said El Paso Mayor Dee Margo. ” This is where immigration should be  discussed, not in Washington but here on the border.”

Since early May, approximately 2,300 children have been separated from their parents and placed in detention centers as part of President Trump’s “zero-tolerance” policy.

On Wednesday, June 20, President Trump signed an executive order that terminates the separation of children from their parents by detaining both children and parents together.