UTEP collaborates with students from Guadalajara on smart cities initiative 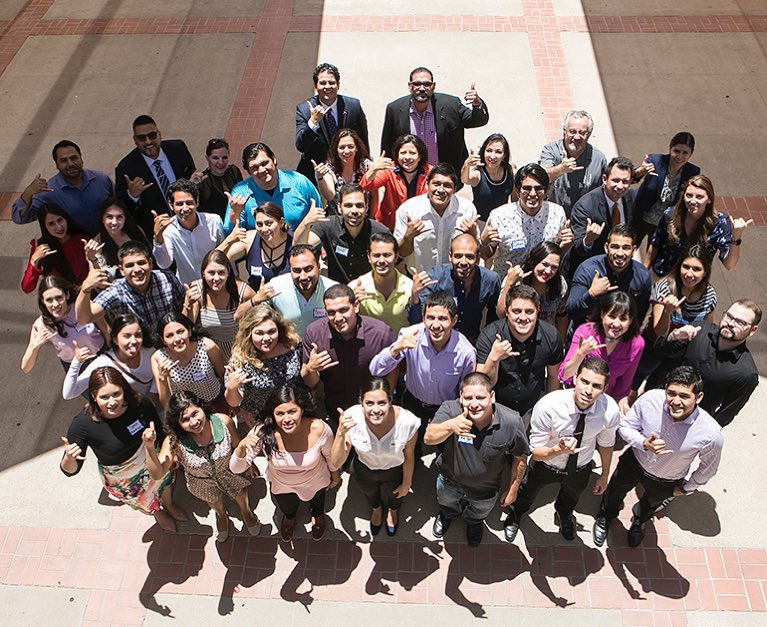 Students from the University of Guadalajara (UdeG) are collaborating with UTEP students through the U.S.–Mexico Study Abroad Program on Smart Cities. Photo courtesy of University Communications

UTEP has been long known as a university that strives for diversity and advancement in STEM education. This summer, students from the University of Guadalajara (UdeG) will collaborate with UTEP students on the U.S.–Mexico Study Abroad Program on Smart Cities and through the Interdisciplinary Research Experience for Students (IRES) program.

The two programs, which are led by Natalia Villanueva Rosales, assistant professor of computer science, focus on the emerging concept of smart cities. The main goal for students in the programs is to identify common problems found in El Paso and Guadalajara and to develop a smart city solution. While the IRES program focuses on the research and data management aspects of projects, the Study Abroad program concentrates on the development of technologies and programs that students will implement in their projects.

“We’re trying to develop solutions that influence the residents’ behavior to help each other,” Villanueva said. “A good example of a smart city solution is Uber. They didn’t change public transportation by getting rid of taxis, rather they made it possible for citizens to work for citizens.”

A smart city is characterized by a city’s ability to integrate people, technology and information to create an efficient, sustainable and resilient infrastructure that provides high-quality services while improving the quality of life for its residents. According to Villanueva, the best way a city with limited resources can achieve this is by finding a way to incorporate people in their community.

UTEP’s partnership with UdeG comes after the Institute of Electrical and Electronics Engineers designated Guadalajara as the world’s first smart city in 2014. The city’s success in integrating technology to create modern solutions makes it the perfect place for students to develop their ideas.

“The most important thing about this program is that students get a global perspective while learning how to develop solutions for their communities,” Villanueva said. “All the solutions that the students are developing will eventually be implemented into the cities.”

Some projects that students are working on include applications to help senior citizens combat loneliness, apps that predict flooding and prevent injury caused by natural disasters, and safety apps that help users find safer routes in their community.

“Flooding affects many people in both El Paso and Guadalajara, so what we’re trying to do is create an application that will notify residents of flooded streets in real time,” said Dania Orozco, a senior mechanical engineering student at UTEP.

A similar project that students are developing focuses on gathering data via Facebook and other resources to alert residents of flooding and natural disasters.

“By integrating our app with Facebook, Google Maps and government information, we’ll be able to collect data that can help us predict dangerous routes and prevent injuries caused by flooding,” said Maria Fernanda Fiscal, an information technology graduate student at UTEP. Fiscal said that her team’s application would not be possible without the Facebook community’s input.

In addition to flooding, another issue that the two communities are tackling is violence.

With violence being a notable issue in Guadalajara and the border region, it’s no surprise that students are developing a solution to help their community stay safe.

“What we want to provide for people is a tool (on their phone) that will keep them safe by not only equipping them with a panic button, but also offering safer routes so that they don’t have to use a panic button in the first place,” said Manuel Muñiz Marquez, UdeG information technology graduate student.

This being Villanueva’s third year as director of the U.S.–Mexico Study Abroad Program on Smart Cities, she said that it’s great to get a generous amount of support from both universities and to be able to work with city officials to implement her students’ work into the community.

“We try to get as much feedback as possible, from the universities, the cities and the people, so that we can create things that people will actually use,” Villanueva said.