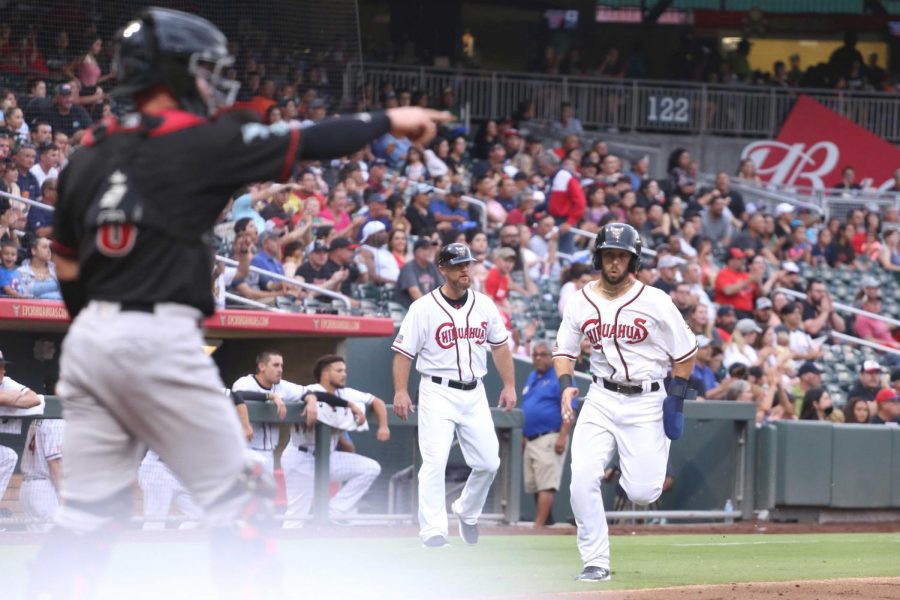 Left fielder Forrestt Allday runs to home base and scores at the last game of the series on Friday, June 15 at the Southwest University Park.

El Paso came back, down from a rut, and scored three times in the bottom of the ninth to force extra innings. But Nashville’s Jorge Mateo launched a two-run homer at the top of the 10th inning to lift the Sounds to a 8-6 win over the Chihuahuas Friday night.

With the win, Nashville took a 2-1 series win over El Paso, and the Chihuahuas now have a 1-2 extra inning record.

Allen Craig hit 3-for-5 and hit a solo homer in the eighth inning, which was his ninth homer of the year. Padres outfielder Wil Myers went 1-for-4 with an infield single in part of his MLB injury rehab assignment, while his San Diego teammate Franchy Cordero went 0-for-3 with two walks in his MLB injury rehab game.

The Sounds had a resounding six doubles Friday night. Next up, the Chihuahuas will take on Memphis for a four-game series starting Saturday at Southwest University Park. First pitch is slated for 7:05 p.m.