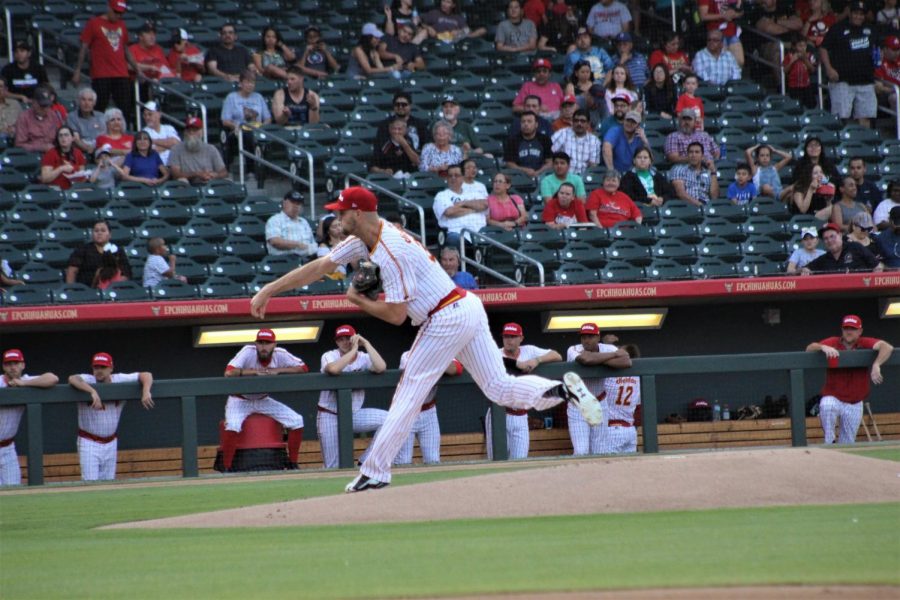 The Chihuahuas play at home on Wednesday night, June 13.

The Chihuahuas have just 11 wins at Southwest University Park, including Wednesday’s first  game of a three-game series against the Nashville Sounds, ending with a win, 7-6.

El Paso has a total of 19 at-home losses and have struggled with getting the win at home this season.

“At home we haven’t been in a very good ball club,” said Rod Barajas, manager. “We have a very good road record, but for some reason we don’t have a good record at home.”

On Wednesday, June 13, the Chihuahuas struggled in the first half of the game, not showing much grit in the first four innings. They trailed by four runs going into the fifth inning, before rallying to beat Nashville.

Allen Craig gave the Chihuahuas their third walk-off win of the season with an RBI single in the bottom of the ninth.

Craig’s walk-off hit extended his hitting streak to nine games in a row.

“With the way Allen Craig’s been swinging the bat, he’s been very important to our offense,” Barajas said. “He’s in the middle of the line up for a reason. He’s been our guy.”

Brett Nicholas also hit a solo home run in the bottom of the eighth.

Although El Paso has struggled with their home games, they’ve won four of their last five games, bringing them to a record of .500 for the first time since the end of May.

“Where we’re at right now with our home record, we need to be better,” Barajas said. “We want to leave this home stand to have a good home record.”

The Chihuahuas will face the Sounds for game two on Thursday, May 14, at Southwest University Park. First pitch is slated for 7:05 p.m.