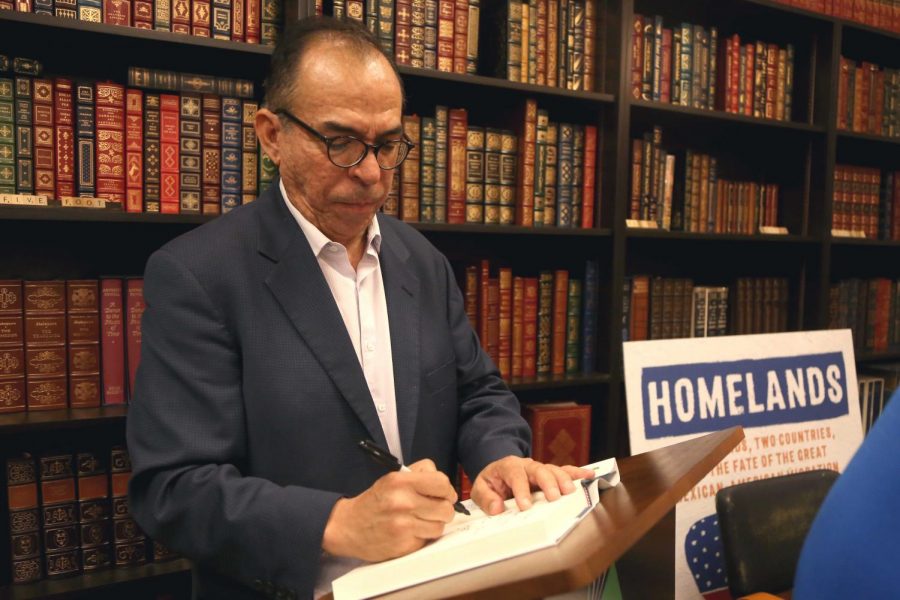 Corchado personalized some books for the attendees at the book signing at the Literarity Book on Wednesday, June 6.

Corchado is a prize-winning journalist, who graduated from UTEP and is a former reporter from The Prospector. He is currently the Mexico border correspondent for the Dallas Morning News.

Corchado’s new book is a story told from the perspective of four life-long friends, who over the course of 30 years have witnessed Mexican immigration to the U.S.

The El Paso Times will hold a panel, where they will examine the U.S. and Mexico border on Thursday, June 7 at the UTEP Union Cinema, with Corchado, Director of the Rubin Center Kerry Doyle, author Benjamin Saenz and El Paso Times Editor Zahira Torres.