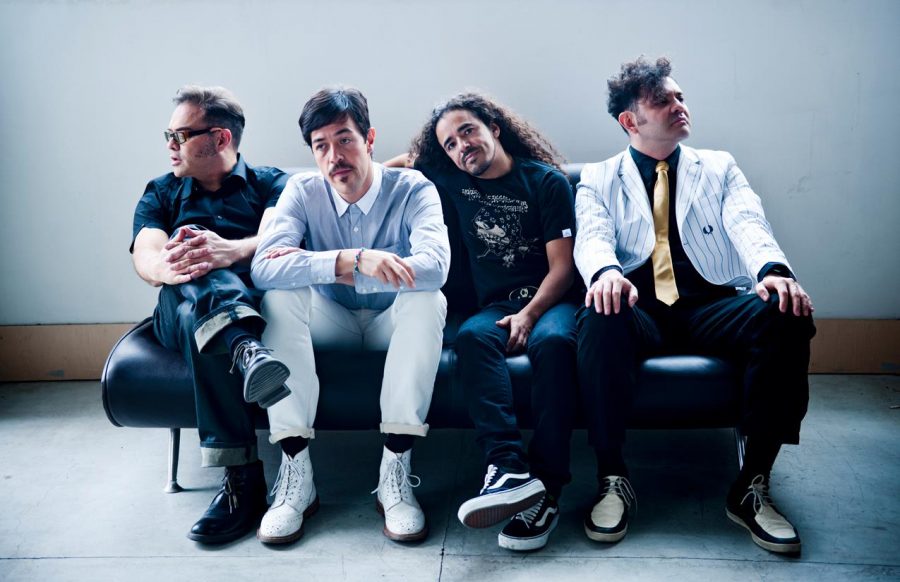 Café Tacvba will perform at Neon Desert Music Festival this May.

For many years, creative and renowned artists have come to Neon Desert Music Festival.  Each year a new lineup is released, leaving future attendees surprised.

This year, some changes have been made due to unforeseen circumstances, but the organizers  of the festival have been transparent for the fans and have appropriately handled the situation.

A wide range of DJs, rappers, Latin artists and local talent has been selected to perform with El Paso’s crowds in the heart of downtown on Memorial Day weekend.

He stands out as a titan in the electronic dance music scene, igniting the stages of Coachella, Electric Daisy Carnival, Ultra, Tomorrow World and  Electric Zoo.

Known for songs like “I.D.G.A.F.O.S.,” “Get Low” and “Dill the Noise,” Francis came back onto the scene once again and dabbles with Latin influences on his newest single “We the Funk,” featuring Fuego.

Francis is sure to set the mood for partying on the main stage at Neon.

Winner of  multiple Latin Grammy and Grammy awards, Café Tacvba is widely recognized as one of Mexico’s leading alternative rock bands and one of the most influential musical groups to emerge from Latin America.

They elevated their performances and genre with a unique sound formed by the blending of elements, such as indigenous folk, electronic and punk music.

“I really appreciate that the border is represented not only through a festival in a predominantly Hispanic city, but with Latin artists headlining it” said Isabel Del Toro, senior majoring in electrical engineering at UTEP. “With Daddy Yankee in 2016, and J Balvin last year, it always feels extra special to have a little sazon (spice) at Neon.”

With a career spanning 28 years, they continue to expand an already massive audience of devoted fans with songs like “La Ingrata,” “QUE NO” and “Dejate Caer.”

Those creations gave birth to older songs such as “Semi-Charmed Life,” “Never Let You Go,” “Tattoo of the Sun” and newer hits such as “Everything Is Easy” and “Get Me Out of Here.”

After a stunning festival run in 2016 with appearances at Lollapalooza, Outside Lands, Bumbershoot, Bonnaroo and many others, they completed a 20th-anniversary celebration in summer 2017 and are currently set to perform at Neon Desert, while a new record is expected later in 2018.

At the Drive-In is a post-hardcore band from El Paso formed in 1994.

They released three studio albums and five EPs before their breakup in 2001, with their third and final album before their split, “2000’s Relationship of Command,” and received numerous honors and were cited as a landmark of the punk music genre.

With a brief one-year reunion in January of 2012, At the Drive-In played the 2012 Coachella Valley Music and Arts Festival, as well as the 2012 Lollapalooza Festival.

In 2016, the band reunited for a second and final time, with guitarist and occasional lead vocalist Jim Ward, who is no longer participating. He was a part of the ensemble in the groups’ early years, but they currently consist of Cedric Bixler, Omar Rodríguez, Paul Hinojos, Tony Hajjar and Keeley Davis, who replaced Ward.

The band recently released their fourth studio album, “in•ter•a•li•a” in 2017, and is now on the way back to their native Sun City to perform at the festival.

Grammy Award-winner, Lil Wayne is known for his hit albums, mixtapes and singles, including “A Milli” and “Lollipop.” By working with artists ranging from Robin Thicke to Nicki Minaj, the fluidity of his career has landed him a spot at NDMF, marking his second appearance in El Paso since 2016.

Wayne will be  replacing Cardi B after the news of her pregnancy making her unable to travel to perform was confirmed on her Instagram story.

“I’m actually really excited for Lil Wayne to be the new headliner for Neon. He’s been a big part of the rap game for years, and I missed his last performance in EP, so this is my chance to see him live,” said Daniela Barranon, a junior multimedia journalism major., “I still know every lyric to ‘How to Love’ and will proudly sing along with the rest of the crowd.”

In response to several unreleased tracks being made public over the internet in 2007, Lil Wayne released the download-only EP “The Leak.” The songs came from “Tha Carter III,” which was his most anticipated studio album that hit the ground running in the summer of the following year. Selling more than one million copies in its first week of release, “Tha Carter III” landed Wayne at the top of the hip-hop, pop and rap charts.

Making it a series, “Tha Carter IV” was set to debut while there was still momentum from his past successes, but after having to serve a prison sentence for illegal possession of a weapon, recording sessions came to a halt. Instead, Lil Wayne’s fame kept growing when he released his two other albums in 2010, “Rebirth” and “I Am Not a Human Being” before going to prison. Following its delayed release, “Tha Carter IV” was finally out to digital retailers at midnight on August 28, 2011.

In November 2012, Lil Wayne announced “Tha Carter V” would be his final album, but ran into roadblocks. Delaying the production of new music once again. Lil Wayne said in an interview that he had authority of releasing the album whenever he pleased in whatever form he desired.

Tickets may be purchased online atneondesertmusicfestival.com/tickets/.

Aylin Tafoya may be reached at [email protected]