Divine Kegel headed to NDMF for the second time 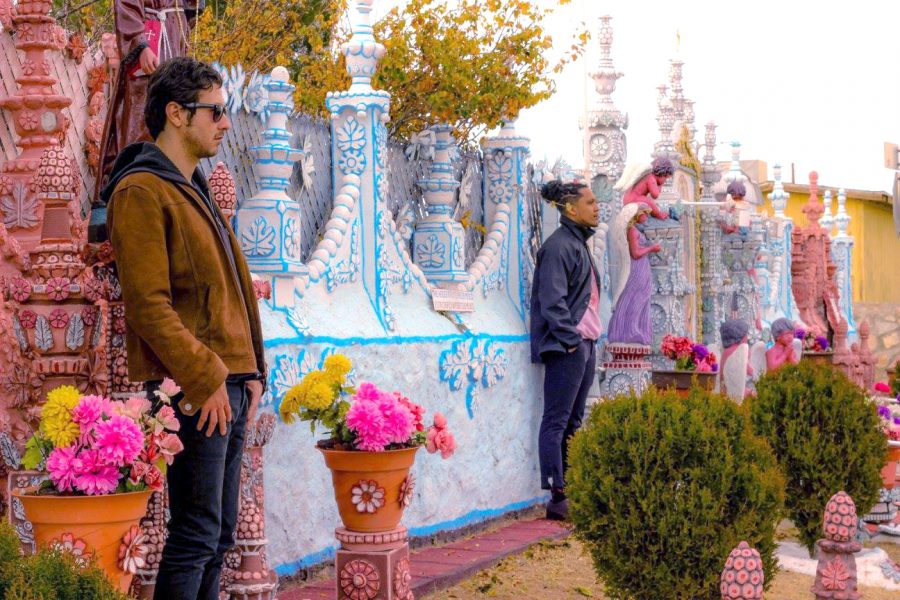 This year is one of Neon Desert Music Festival biggest years for local artists, with almost half the lineup dedicated to El Paso artists, and one of those bands being Divine Kegel.

The duo, made up of drummer and vocalist Elijah Watson and guitarist Daniel Lopez, have been thrashing their way in and around El Paso for over three years. There’s no telling what kind of rock Divine Kegel plays, but it’s somewhere between hip-hop, garage, psychedelic, noise, hardcore and punk-rock.

“If I had to explain Divine Kegel in two words, I would say garage-punk,” Watson said.

The band released their first EP titled “La Solidaridad I” in December 2017. Watson, who lives in Brooklyn, New York, said that a lot of the album was recorded in New York last summer when Lopez went up to visit. However, the EP and band is entirely an El Paso product. Watson compares the experience to rap artists who spend countless nights in the studio, cooking up something special for their new group.

“It was a great experience, just two dudes getting drunk in the studio, talking about El Paso and recording our ode to El Paso here in New York,” Watson said. 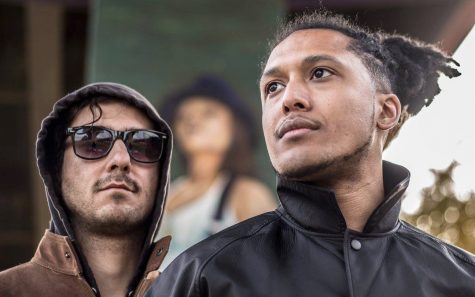 Like many great artists, Divine Kegel was a product of a strong musical bond held together by a collective of a different name and sound. The two met when they were in a mutual friend’s band named The Prospectors. The band was originally set to play a show in Marfa, Texas, in 2015, but the two bandmates were the only ones to make the gig. Going out on a whim, Watson and Lopez decided to play anyway. They came up with a quick 30-minute instrumental set that changed the course of their music careers, achieving massive praise from the audience and inevitably forcing Divine Kegel into existence.

“We played so well and got a good response–they wanted encore but we didn’t have anything else to play,” Watson said.

At the time, The Prospectors offered a more progressive and psychedelic sound, which was a sound that Watson and Lopez were ready to ditch.

“Divine Kegel is the direct antithesis to The Prospectors. We have three-minute songs, no real dynamic contrast and just a balls to the wall sound that makes you feel like you’re getting punched in the face every second,” Watson said.

Lopez’s guitar is minimalist in approach, with clear influences from classic bands such as Black Sabbath and Led Zeppelin. There’s the repetitive distortion in the riffs that send the listener into an aggressive daze only to be complemented by Watson’s bombastic beats.

“Eli, with his drumming, provides this space where I can be like somewhat robotic, repetitive, come up with riffs to make noise,” Lopez said.

Watson’s drums are unique, in that they are a mix of fast-paced, violent clatters and rhythmic hip-hop beats that you may find in group like the Beastie Boys.

“At this point, I’m not really influenced by other drummers, I’m more influenced by hip-hop producers like J. Dilla, Metro Boomin,” Watson said.

There’s a certain element of danger and exhilaration that Divine Kegel provides that other local bands don’t. That element of danger, spectacle and unpredictability is noticed in Kegel’s live performances. The band attempts to replicate the strength, precision and energy of old hip-hop beats and new hip-hop beats, but applies them into a punk-rock context.