‘/Echo’: a take on performance art and social issues 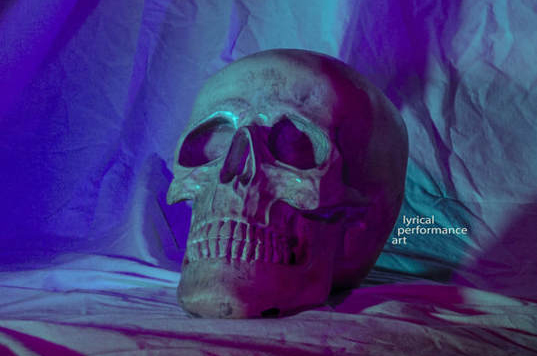 Jesus Lopez, a 21-year-old stage management and technical theater major, is close to finishing his chapter at UTEP, but not without first sharing his work as an artist through his most recent production “/Echo.”

Besides being a theatrical show, poetry is the key element in “/Echo,” by using the technique of performance poetry.

“This is performance art. In a way that the entire show is an art piece because there is not a specific concept for it,” Lopez said.  “Each time is going to be different. Most of it is performing poetry, which means that it looks like people acting, but it’s performed in verse—kind of like Shakespeare, but more contemporary.”

Taking place in the ‘90s, the storyline of “/Echo” revolves around the experiences people go through at night when they can’t sleep and find themselves awake until sunrise.

“What I told my actors when we first rehearsed the piece is that these are the nights when you’re alone in your house, full of anxiety and sadness because you lost someone or you went through a breakup, and you just sit in your room and you cannot sleep, and out of nowhere the sun comes out and it’s a new day,” Lopez said.

“/Echo” not only includes poetry, but also dance numbers as part of its repertoire. Christopher Delgado, is a junior dance major, choreographed his piece for the show.

“Jesus works around us and he lets us make it our own. Within our own pieces, we are able to choreograph it. So in a way, it’s us putting our thoughts out onto the stage, portraying how we feel at four in the morning, and then maybe you guys can be like ‘oh that seems familiar,’” Delgado said.

At the age of 14, Lopez started to experiment with photography, finding in the visual arts a path that would lead him to start his journey as a poet.

“The way I got into poetry was because when I took a picture, I composed an image and through my photos, I was telling stories,” he said. “Then I started listening to music while taking photos and I was like, ‘it will be cool to write something under the photo to add to the story.’”

The idea of getting involved in performance art came to him after he had to create his own fictional theater company for a class project.

“I wanted to do something about dance and poetry and art and performance, and when I presented it to my teacher she was like ‘what is this, explain this to me,’ but I knew there’s a place for it,” Lopez said.

To Lopez, the concept of “/Echo” was born after the closure of his preview show “Red” in the spring of 2017.

“Red” was a 25-minute piece directed and written by Lopez for a class project. The production was based on his poetry book, “Icy Red,” and consisted of a series of different short stories.

“That night (of ‘Red’) I was so nervous and I was like, ‘everyone’s going to hate it. No one’s going to understand it,’ but everyone had an amazing reaction to it,” he said.  “If you read a novel, the author is giving you everything and that’s what you picture, but what poetry does is that the poet gives you a blueprint of the storyline and depending on the reader’s circumstances they’re going to get a different message from it, that’s what makes poetry beautiful.”

Since the opening of “Red,” Lopez started to shape the idea and concept of this piece, but the whole production for “/Echo” took him about six months.

“The day that we held auditions, I grabbed some excerpts from poems that I’ve written in the past and I gave them to the performers to audition because I didn’t want to write the show before I knew who was cast,” he said

The stories in “/Echo” are about the idea of dealing with pain and sadness at a personal level.

“I have kind of an obsession with pain and sadness and I think that’s what makes us humans,” Lopez said. “Even though we go through different pains, at the end of the day, it is still pain and that’s something that we utilize as human beings to connect to each other.”

Lopez said that his purpose with this show is to bring it to the audience’s attention that it is fine to feel weak and to speak out about it.

Besides representing pain, “/Echo” also makes a reference to social issues, such as racism and mass shootings.

Dance major Jon Rodriguez, 20, said that “/Echo” is filled with different themes and topics in this play, like dealing with polyamorous relationships by portraying them in a humane way.

“/Echo” will run from April 6 through April 8, at the Basement Theater, located on the first floor of the Fox Fine Arts Center.

Tickets are $5 and for more information about “/Echo,” visit www.lettingthenight-echo.weebly.com.