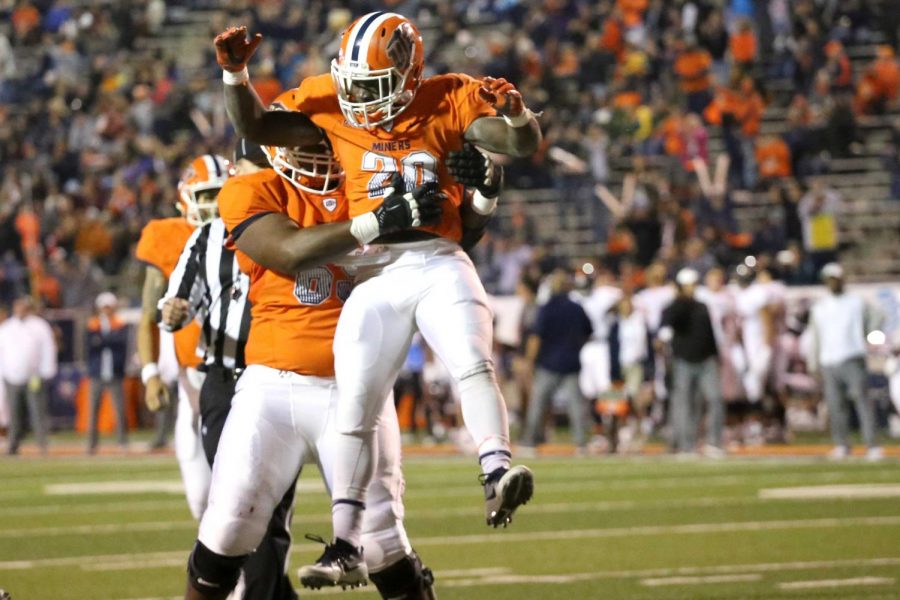 UTEP will transition its colors in the near future to a lighter orange.

Different athletic programs will undergo the phasing out of uniforms to match with the new colors coming up within the next couple years, according to Athletic Director Jim Senter.

The current orange is a darkish red-orange that has been used by UTEP since the early 2000s. In the past, the orange color of the university was often confused in the early 2000s and had varying shades.

They will change to a new orange to ensure more “sophistication” for the brand, according to Senter and to implement a stable color that is unchanged.

At his recent town hall, Senter, who was wearing the new orange color that night, was asked by an attendee, “Why do you have that color of UTEP on?” She called it tacky at one point, then corrected herself, saying it looked like “Tennessee orange”

“Look around, everyone has different shades of UTEP orange. We are trying to change that so we have one universal color,” Senter said.

He went on to talk more about the “new era” in UTEP athletics and the importance of rebranding the colors. The color restoration process will undergo a transitional period with all athletic programs.

“We can’t just spend seven figures right off the bat on new uniforms for all our programs,” Senter said. “It will be a process, where we bring in new uniforms as time goes on.”

There has been no official word on which teams will get new uniforms with the new colors yet, but fans can expect to see new uniform changes as soon as next season.

Fans took to social media to voice their opinions on the new color changes. Some embraced the color change and called it a fresh look, while others argued it sways away from the school’s original colors.

“We have been transitioning into the official university color since 2000,” said Executive Vice President Richard Adauto in an interview with KVIA. “As we continue to work toward a cohesive image, we are careful with our resources and do not buy new materials until they need to be replaced.”

The UTEP Bookstore already implemented some new apparel that features the new color. Luke Martinez, a sophomore political science major, believes that changing the color could have been a good idea, but he did not agree with the shade of orange that they will transition to.

“It looks like an exact copy of Tennessee orange,” he said. “I wish the school would have gone with a Syracuse orange or a Florida orange instead. That would look a lot cleaner. No one is going to want to buy an almost neon orange shirt like these colors.”

Eduardo Cabrera, a sophomore accounting and finance major, thinks that this uniform change was smart and a good marketing move by the school.

“I work for the Chihuahuas, so I know how important it is to keep your brand and colors fresh,” he said. “I think these new colors will look good once they’re implemented.”