“Hand to God”-Not Suitable For Children 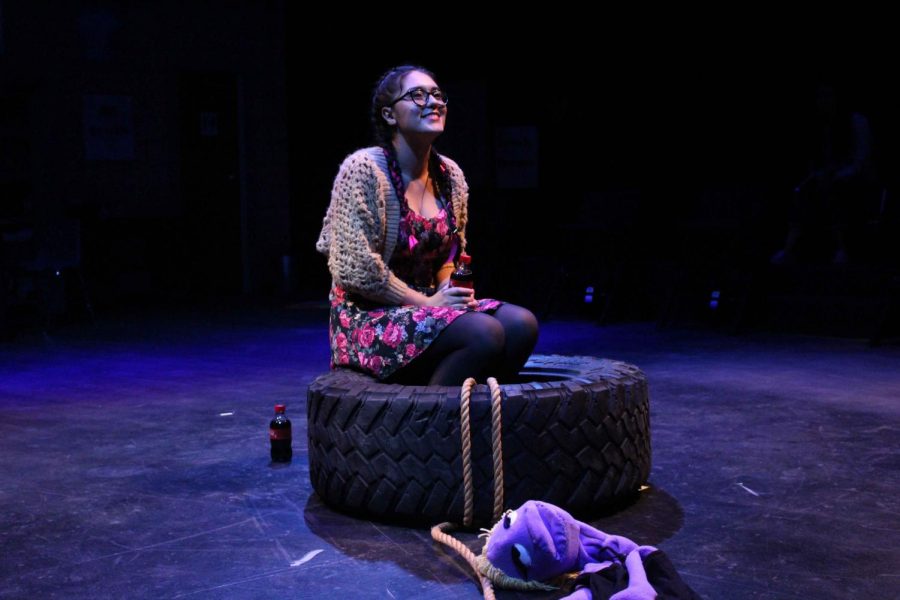 Comedies don’t come much darker than “Hand to God.” Robert Askins’ 2015 Broadway hit about a Christian youth puppetry club that takes a turn for the blasphemous when its star character becomes possessed by the devil.

The easily offended should avoid this co-production by UTEP’s Studio Theater. Directed by Rebecca Rivas, and featuring a cast that’s five-for-five in delivering stellar performances, the show is both laugh-out-loud funny and deeply disturbing.

“For me, the best part of directing is getting creative with the actors and designers,” Rivas said. “There’s nothing better than spinning ideas, trying something new and finding the best way to bring a world to life and tell a story in a way that could make a difference to our audiences.”

In this quiet and devoutly religious, southern town, Margery played by Stephanie Carrillo, is being kept preoccupied with her minister, Pastor Greg played by Johnathan Cantrell who asked her to run their church’s puppet club since her husband recently died of a heart attack.

Fundamentalist Christian congregations often use puppets to teach children how to follow the Bible and avoid Satan. This foreshadows the immense plot twist in this play.

The teenage members of the club are Margery’s son Jason played by Tony Romero, Jessica played by Valerie Santos, who is the girl next door that Jason has a crush on, and Timmy Played by Gabriel Franco Cull, the neighborhood troublemaker who has a wild crush on his puppet instructor.

Pastor Greg wants the puppet club to put on a performance for the church, but this task is proven difficult when the characters become sexually attracted to each other, and Jason’s hand puppet, Tyrone, takes on a life of his own, announces that he is Satan, leads them into sin, and expresses secrets that the characters would rather have left unacknowledged.

“It’s such an intense play that we all come out crying sometimes, but in the best way,” Carrillo said. “It means we really got into character and we’re developing as actors. And our director is always pushing us more when we finish a scene.”

With occasional shocking violence (and without mentioning the simulated puppet sex), “Hand to God” cleverly diffuses the line between comedy and drama, and rattles the audience with both satisfying surprises and a bracing dose of philosophical wisdom.

“The best part for me was working with these amazing actors and seeing how we all developed our skill,” Santos said.