Surf rockers Pilots of Venus to perform at Neon Desert 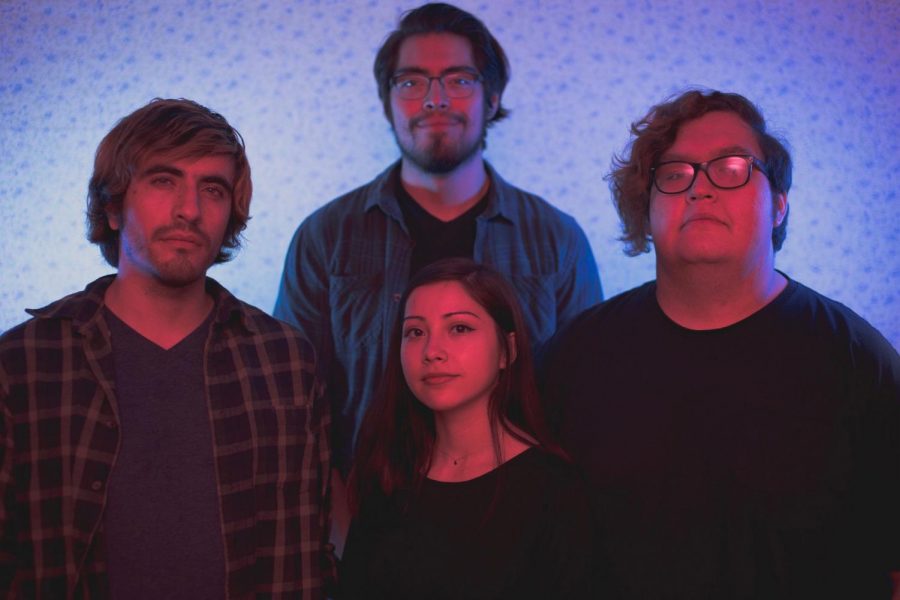 Pilots of Venus will perform at the Neon Desert Music Festival this May.

With a new EP about to be released, local band Pilots of Venus are more than ready to take the stage at the Neon Desert Music Festival.

Vocalist and guitar player Joel Chavez and drummer Stephen Razo have known each other since they were kids, but it wasn’t until they reunited that they decided to start a project together.

“I know Razo since he was a young boy, but he disappeared during high school and it wasn’t until later that he reappeared that we started as a two piece, and then we found Maribel and then Sam and it finally felt like home,” Chavez said.

After bass player Maribel Hernandez joined the group, it took them a while to find guitarist Samuel Pedroza to complete the band.

“They had established the band for almost a year and it was at this random Christmas party that I asked Joel for a cigarette and it was just by chance that we met and we became best friends,” Pedroza said.

Earlier this month, Pilots of Venus participated in the final round of The Lowbrow Palace’s Battle of the Bands and their performance got them a third-place win.

“We didn’t feel it was really a battle. We were there for the same reason as everyone else, to play a good show and hang with all of our friends and the fact that we won was really cool,” Razo said.

Chavez said this time was a redemption moment as last year at the same event they faced the worst technical difficulties they ever had at a live show.

“We couldn’t use any effect pedals or my voice pedal so it was completely dry, and it sucked because everybody was there and they saw me break,” Chavez said. “This show was important to us. We didn’t care about winning we just wanted to do it right.”

For Pilots of Venus, the good times are barely taking off, as they are one for the many local bands that will have to chance to perform at the Neon Desert Music Festival this May.

“We want to do punk music, indie, pop and we even do some hip-hop music because we don’t want to get bored of our own set and sound,” Chavez said

Next month, Pilots of Venus will be releasing their new EP, which includes six tracks. Although they haven’t decided on the final title for their album, the band has in mind the name of “Lady Astronaut” for this project.

The album will be released on April 20 at the Lowbrow Palace. Razo said this is a live recorded album and is a mix of their old stuff, their classics and some of their new sound.

“The songs talk about some dark stuff such as drug addiction and suicide, but also about positive stuff like getting over pain and remembering someone in a good way,” Chavez said.

After the release of their EP and their participation at Neon Desert, the band has plans to go to the West Coast for their first tour.

“It took us a solid year to make the album, and I don’t want to say the album was an obstacle, but it was something we wanted to do before touring,” Hernandez said.

Chavez said that as a band it was important to make an impact in their city before going somewhere else to promote their music.

“I see bands go on tour immediately thinking that is the answer, but you have to make an impact in the city and then you can go out there,” Chavez said. “Now that we’ve made our point of giving people a good show, I think we can finally start thinking about touring.”