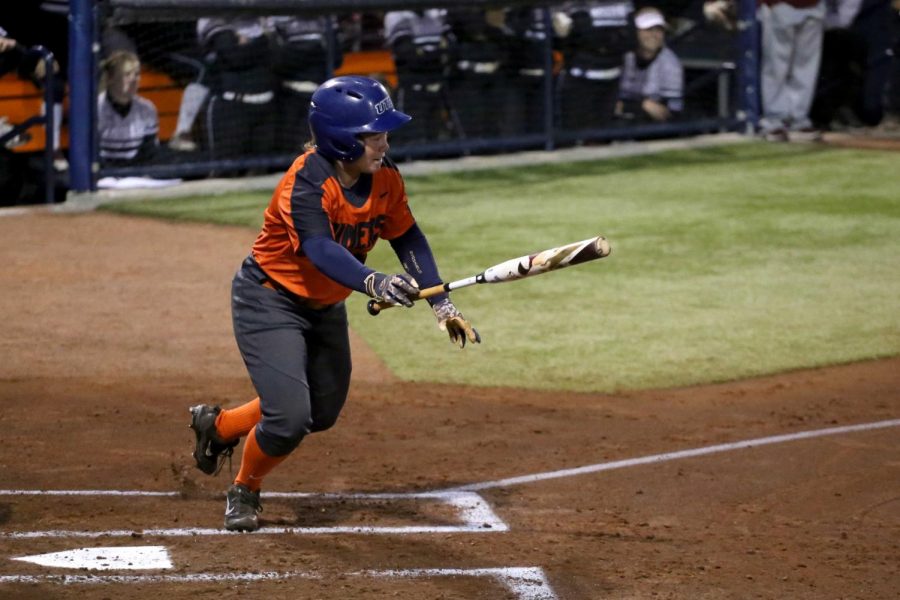 The UTEP softball team stopped the bleeding of a seven-game losing streak on Sunday afternoon, securing their first Conference USA win of the season in a high-scoring contest (16-13) over visiting UAB at Helen of Troy Softball Complex.

“We picked a good game to start hitting the ball and the team was very resilient today,” said UTEP head coach Tobin Echo-Hawk. “Yesterday broke their hearts a little bit, and they could’ve given up, but that’s not who this team is. They’re a bunch of fighters and even when it goes bad, they continue to go at it. I could not be prouder of this team.”

Sunday’s 16 runs in a league contest is the most since 2006 and the most in a C-USA game during the Echo-Hawk era.

The win is the first for UTEP since shutting out East Carolina, 1-0, on March 4.

Courtney Clayton came up with an RBI in the win on Sunday, giving her 100 in her career. She’s the eighth Miner to accomplish the feat. Clayton also scored a run during Sunday’s contest, as she now has 122. Clayton’s two hits on Sunday also gives the senior 215, four behind Chelsea Troupe, who ranks second on the list. Clayton is three assists from tying Amber Bennett for no. 1 on the program’s all-time list.

UTEP will now travel to Hattiesburg, Miss., to take on Southern Miss (11-20, 1-5 C-USA). The March 24 doubleheader is slated for a noon MT start/1 p.m. CST, while Sunday’s series finale is set for noon MT.