Softball grabs two wins in day one of UTEP Tournament 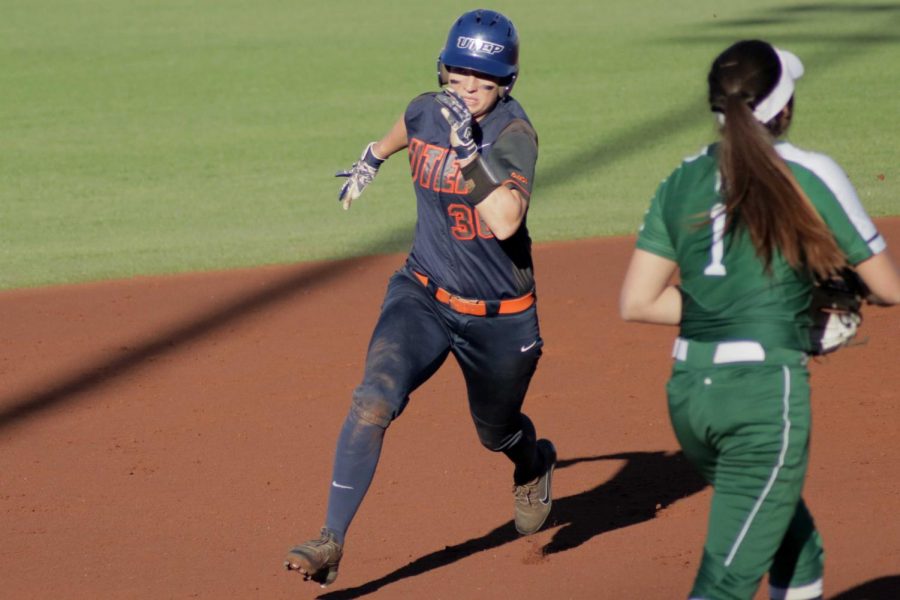 The UTEP softball team has won five of their last six contests.

The UTEP softball team used the arm and bat of Kira McKechnie, who both won her third collegiate game as a pitcher and picked up her first hit and RBI as the Miners run-ruled Portland State, 9-1, in their first contest on day one of the UTEP Tournament at the Helen of Troy Softball Complex on Friday afternoon.

“The first win, it’s always nice to run-rule a team,” said fifth-year UTEP head coach Tobin Echo-Hawk in a release. “I think our pitchers did a great job keeping us in the ball game and our hitters came through in timely situations.”

In game two, Mariah Ellis drove in the go-ahead run in the bottom of the third inning as UTEP got by Idaho State, 4-2, on Friday night.

With the Miners (6-7) leading 2-0 heading into the top of the third, Emma Bordenkecher from Idaho State drove in a pair of runs to tie the game up 2-2. The Miners then responded with two of their own in the home half to claim the lead for good.

“As far as the second game, it was just a scrappy game, going back-and-forth,” Echo-Hawk said. “It wasn’t pretty and I don’t think we hit very well, but we found a way to score four runs. I think Idaho State, after losing 18-0 to NM State (earlier in day), they tried to prove a point and they’re better than their record indicates.”