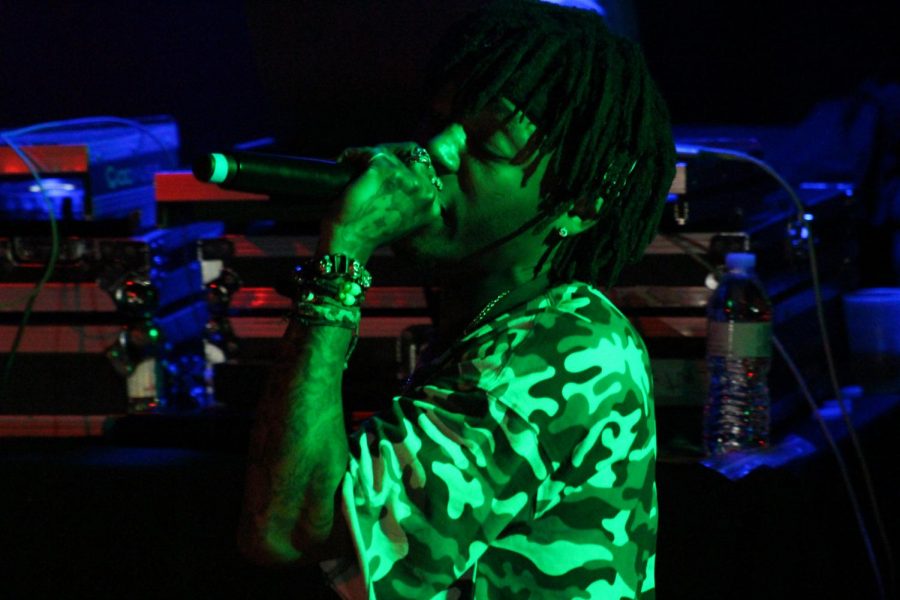 In front of a stuffed, sold-out venue, hip-hop artists J.I.D and EARTHGANG, along with other Dreamville acts, truly performed a phenomenal show on Thursday evening.

The Dreamville team opened up with three of their up-and-coming rappers that kicked off the show, including Nate, Lute and Chaz French. While Nate and Lute crafted their flows on their lyric-heavy styles, Chaz French hyped the crowd up more with his anthem-like sound. The best highlights from the openers included Lute’s performance of his recent album, “West 1996,” and when Chaz French stage dived into the audience during his set, which included various songs off his album, “True Colors.”

Then came EARTHGANG who completely stole the Lowbrow audience. The hip-hop duo played for nearly an hour, venturing through their old mixtapes, to their EP released in 2017, “Robots,” to their new album, “Royalty,” which literally was released during their performance. To celebrate the duo’s newest release, the duo played new songs off their album and even went throughout the audience to try and shake everyone’s hands.

J.I.D. entered the show on his recent album, “The Never Story,” which took over the majority of the headline performance. His highlight was when he performed “All Bad,” which is a softer song off his debut album, but did so well with it. He also did the unthinkable and brought on EARTHGANG onstage to perform three songs with the rap duo, which proved to be the loudest point of the night.

To close the show, J.I.D. finished with his hit song, “Never,” and “8701,” which felt like the perfect finish to an intimate performance.